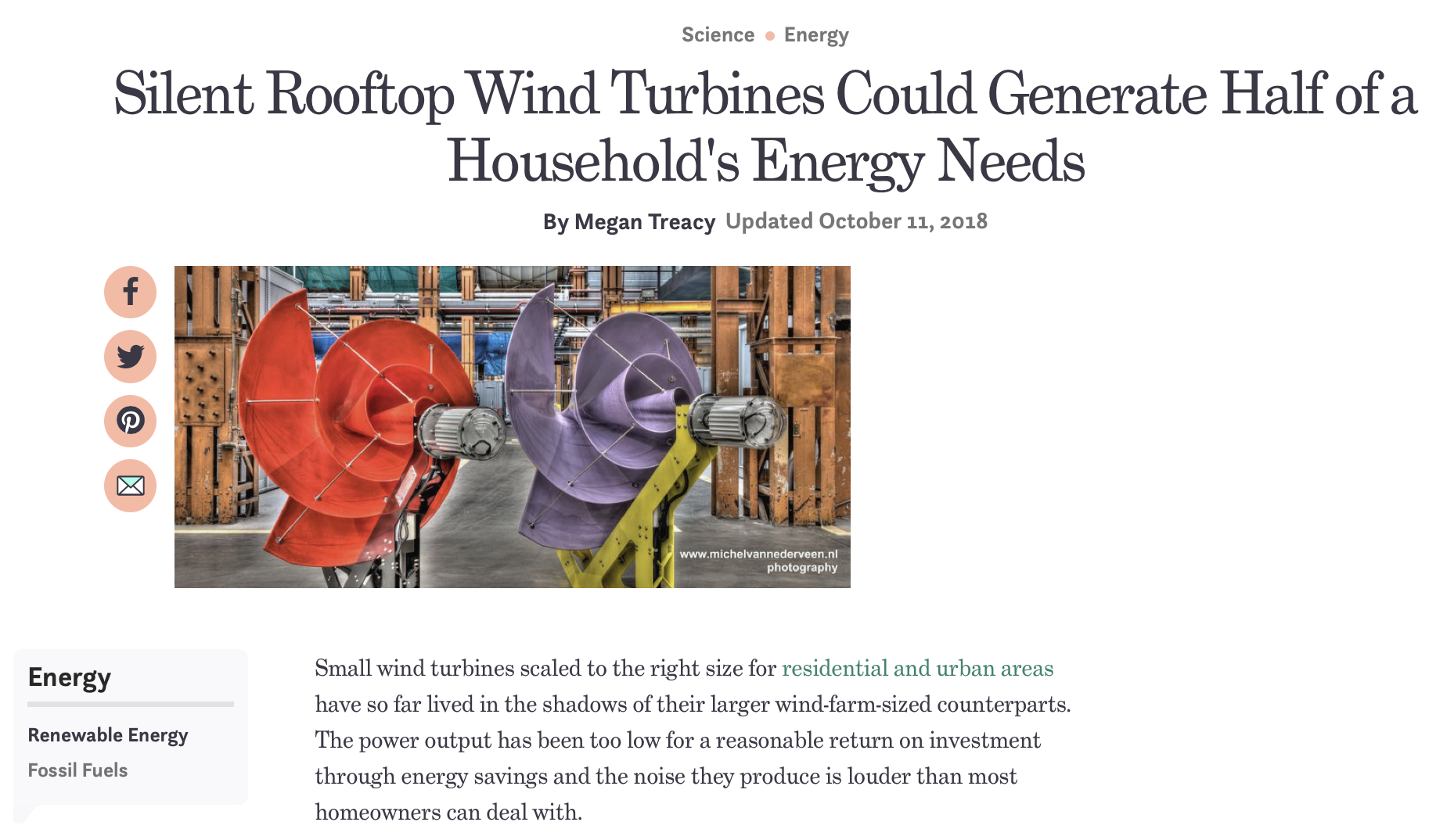 Small wind turbines scaled to the right size for residential and urban areas have so far lived in the shadows of their larger wind-farm-sized counterparts. The power output has been too low for a reasonable return on investment through energy savings and the noise they produce is louder than most homeowners can deal with.

A Dutch renewable energy start-up called The Archimedes is working to solve both of those problems in a new class of small-scale wind turbine — one that is almost silent and is far more efficient at converting wind into energy. The company states that the Liam F1 turbine could generate 1,500 kWh of energy per year at wind speeds of 5m/s, enough to cover half of an average household’s energy use.

When used in combination with rooftop solar panels, a house could run off grid. “When there is wind you use the energy produced by the wind turbine; when the sun is shining you use the solar cells to produce the energy,” The Archimedes CEO Richard Ruijtenbeek said.