Nature is perhaps the most complex word in the English language.

(i) the essential quantity and character of something: “That’s just the nature of dogs”

(ii) the inherent force which directs either the world or human beings or both: “It’s natural to feel sad when your pet newt dies”

(iii) the material world itself, taken as including or not including human beings: “Humans are having a huge impact on nature”

In theory, we can think about humans as separate from the non-human world:

The sciences often look at humans and non-human nature in relative isolation: reinforcing the distinction

Anthropocene: (an·thra·puh·seen) “an informal term used to mark when human actions begin to have a global impact on Earth’s environment” (Companion to Environmental Studies, p. 144)

International Geological Congress, Anthropocene Working Group: moving towards adoption of this period as part of the Geological Time Scale (source) 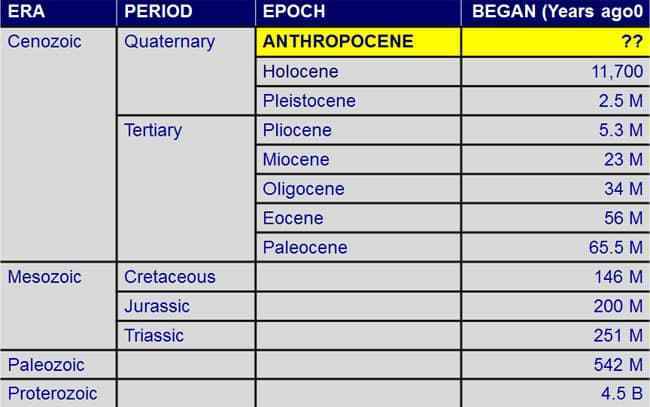 Blurs the boundary between humans and non-human nature: humans are a global, geological-scale force

One perspective on the Anthropocene: Environmental Cornucopian (“horn of plenty”): “So what?”

Book title: 1621 massacre by Dutch invaders: establish a monopoly on nutmeg cultivation and trade in the Banda islands in what is now Indonesia. At the same time, systematically depopulating the islands through genocide.

The impact of anthropocentrism, capitalism, and economic markets:

Political Ecology: A general approach to the environment that weds ecology to a broadly defined political economy perspective; in essence the approach taken by Ghosh and in the textbook.

Tough issues to solve, or even make sense out of

Alternatively, despair and pessimism are bad.

How can you – maybe – do something that does have a positive impact, even if on a limited scale?

The focus of this class: we will learn about the research process and use the resources available through the OWU Connection.

We won’t solve global environmental crises. We will take a step in the right direction. Make the world a better place – at some scale.

Part of this effort involves concepts and ideas.

Ecological novelty: Ecological systems that existed in the past are being swept away by rapidly changing environmental conditions – changes in climate, species interaction, the spread of micro- and macro-organisms. (p. 3)

Can we reverse this process?

Rewilding: A practice of conservation where ecological functions and evolutionary processes, which are thought to have existed in past ecosystems or before human influence, are deliberately restored or created; rewilding often requires the reintroduction or restoration of large predators to ecosystems (p. 3)

Natural or Social? “The area is simultaneously neither and both, with animals, plants and waterways springing from human interventions, creating altogether new habitats and environments.”

Back to the Anthropocene:

Anthropocene: An era where humans exert tremendous influence on the environment but where control of these environments and their complex ecologies is elusive. Humans are a major force of nature yet the outcomes of our impacts are unknown.

Reconciliation Ecology: A hopeful approach that seeks ways for both humans and the non-human world to thrive and exist in a sustainable manner. Requires an imaginative integration of humans and the natural world that ultimately benefits both.

Review Material: A bunch of stuff you can review if you want 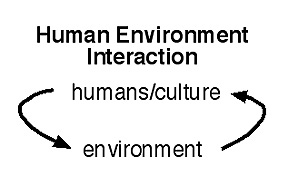 1a. Environmental Spheres and the Earth System 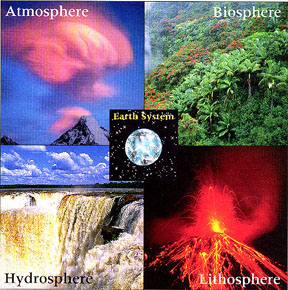 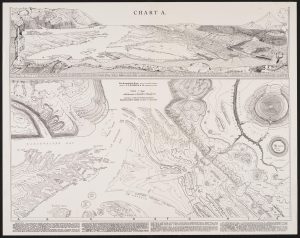 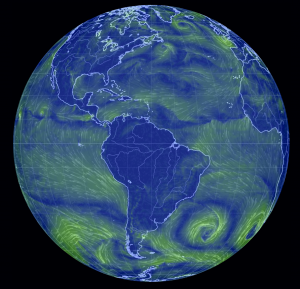 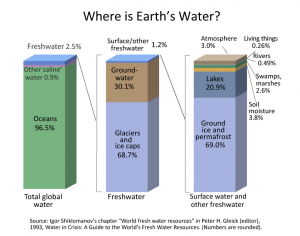 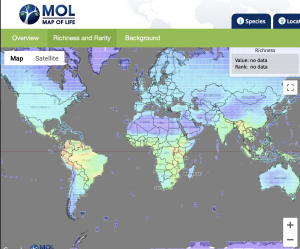 But: the four spheres are not discrete and separate but intermingled

1b. Ecosystems and Biomes

Ecosystem: a group of environmental characteristics that define a particular area; the totality of interactions among organisms and the environment in the area of consideration; elements from all the earthly spheres 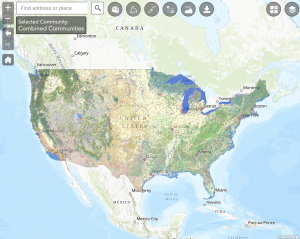 Many ways to classify ecosystems 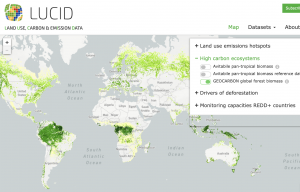 Biomes: large areas of the earth can be categorized as relatively distinctive, with particular climate, animals, plants: a large, recognizable assemblage of plants and animals in functional interaction with its environment 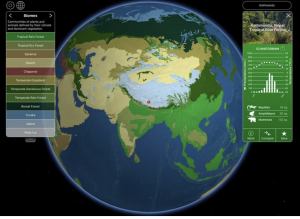 Natural cycles are cycles of matter in the natural world: where molecules are formed and re-formed by chemical and biological reactions, manifested as physical changes in the matter

2a. The Hydrologic Cycle 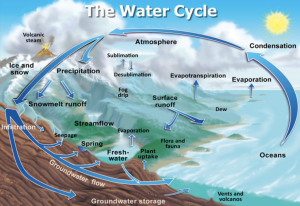 2b. The Carbon Cycle 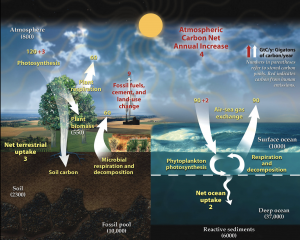 Lots of other environmental cycles: Google

Important: can’t change one part of a system without having some effect on another part of the same system, and other cycles and systems

3. Time and Space and Environmental Change

3a. Time and Environmental Change 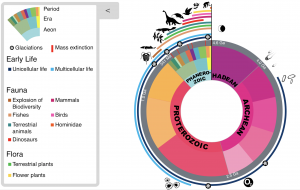 Dynamic equilibrium: input and output of matter in natural systems is balanced, but there are shorter-term fluctuations 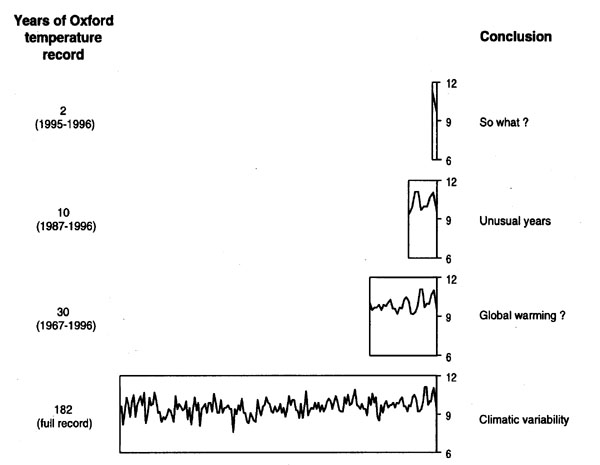 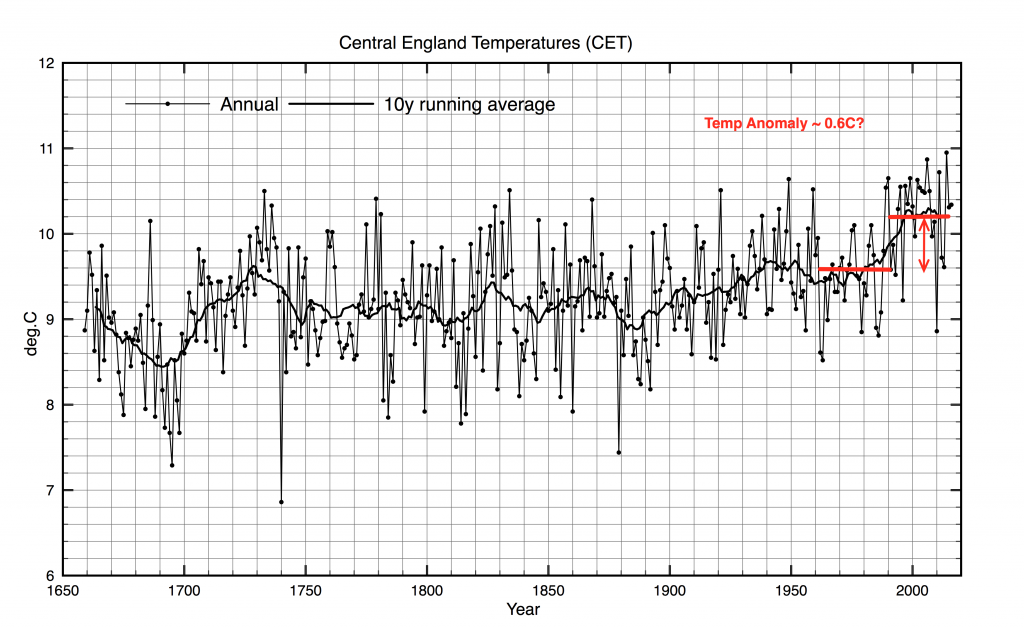 Feedback in a natural system 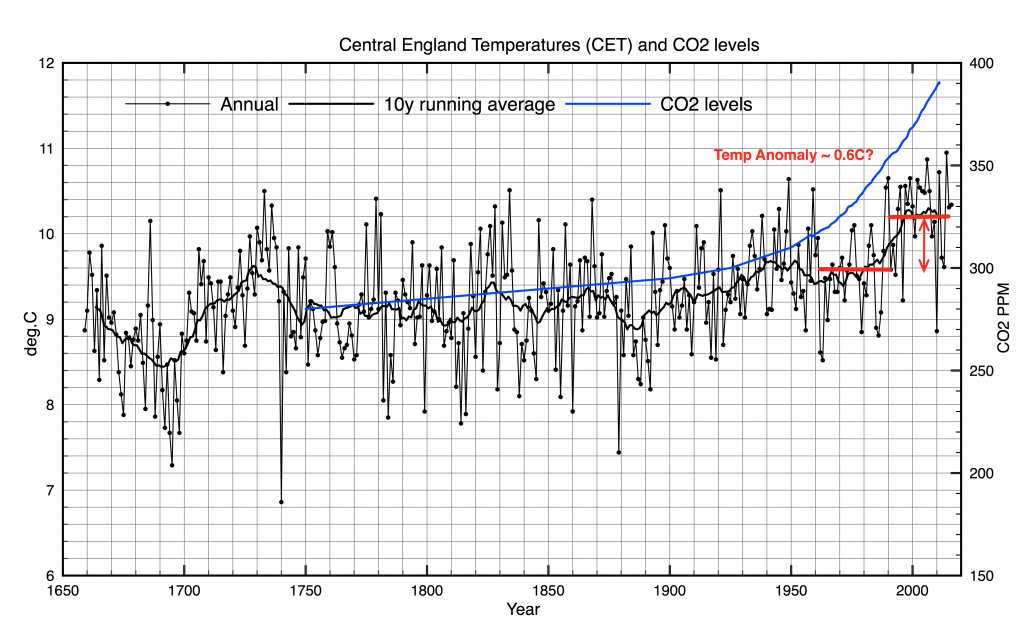 Thresholds: a change in a system may not occur until a threshold is reached: a breaking or tipping point after which the system shifts to a different state 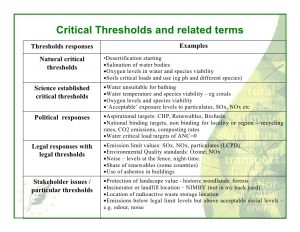 3b. Space / Geography and Environmental Change 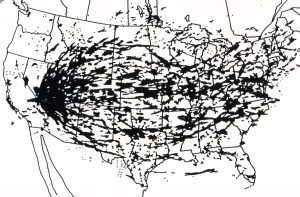 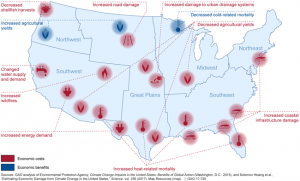 Projected impact of climate change on agricultural yields by the 2080s, compared to 2003 levels (source) 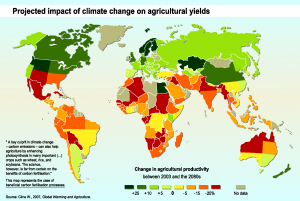 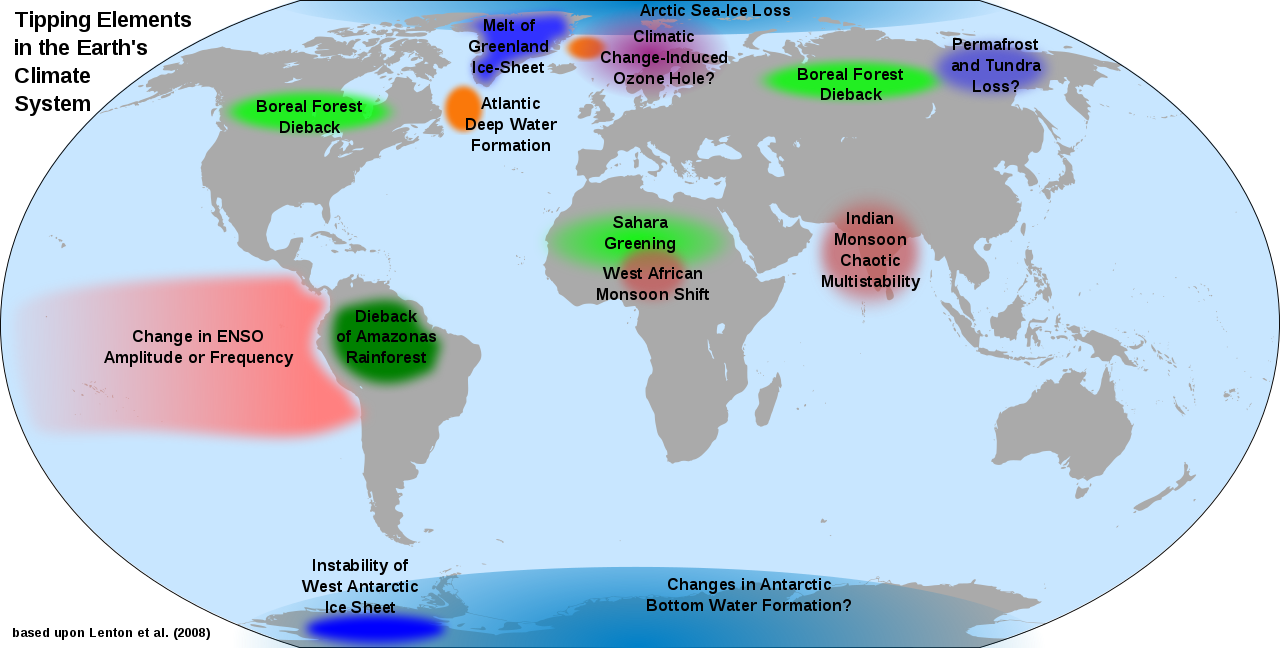 Back to the Anthropocene

The concept has certainly had an impact beyond Geology:

The Anthropocene is about the consequences of the production and reproduction of the means of existence of social life on a planetary scale.

It seems likely that the Anthropocene as a kind of periodization more or less corresponds to the rise of capitalism.

Means for enduring the Anthropocene are not going to be exclusively cultural or political, let alone theological. They will also have to be scientific and technical.

And in the present, it is time to work transversally, in mixed teams, with the objective of producing forms of knowledge and action that are problem-centered rather than tradition and discipline centered.

Next: Is this class about everything?

Environmental Geography: historically, Geographers were among the first scholars to explicitly note and study human/environmental relationships. Human stuff, natural stuff, all together in space and over time.

Resources in the Natural Environment

Resources in the Human Environment

Environmental problems can be seen as the result of a mismatch between extrinsic resources and natural resources; they stem from people deliberately or inadvertently misusing or abusing the natural environment. 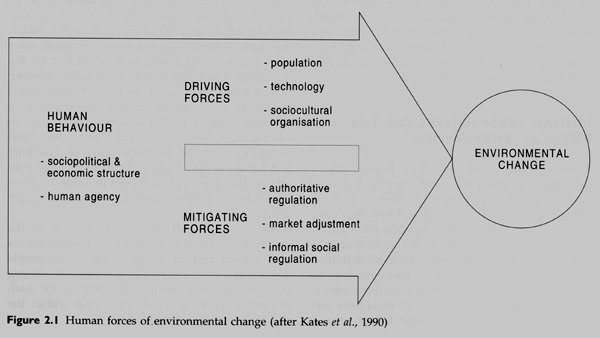 Example: Population (we will come back to population in more detail)

2016 Oxfam Study: the greatest polluters of all were the most affluent 10% of US households: each emitted, on average, 50 tonnes of CO2 per household member per year. Canada’s top 10% were the next most polluting, followed by the British, Russian and South African elites.

In more equitable affluent countries such as South Korea, Japan, France, Italy and Germany, the rich don’t just pollute less; the average pollution is lower too, because the bottom half of these populations pollute less than the bottom half in the US, Canada or Britain, despite being better off. 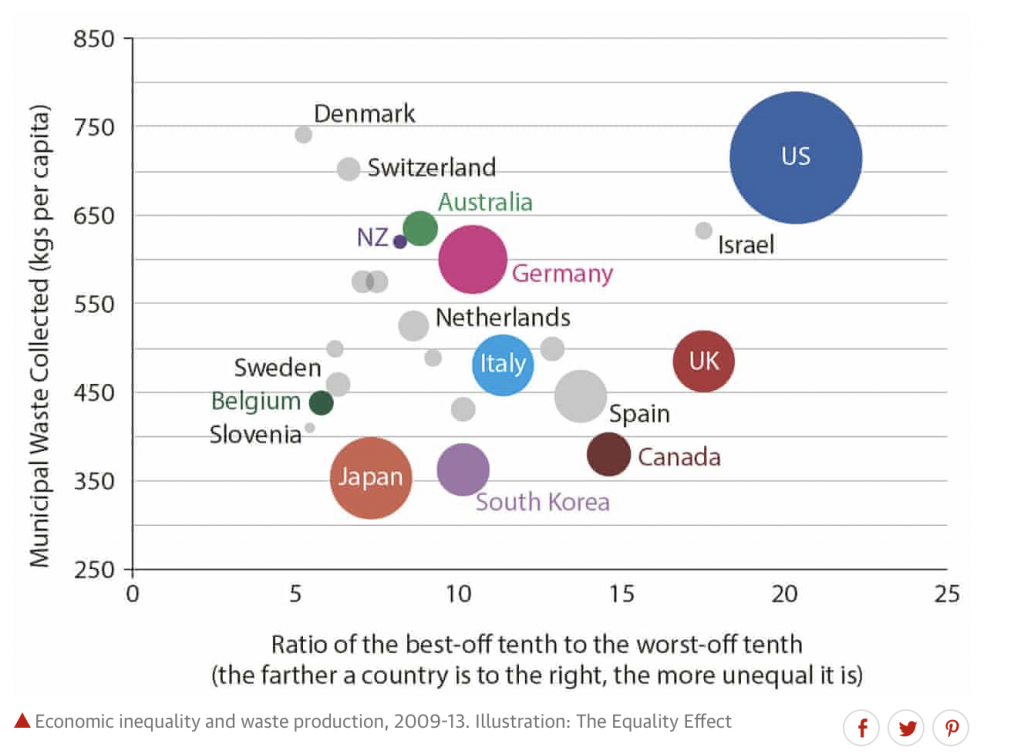 Everything that we need for our survival and well-being depends, either directly or indirectly, on our natural environment. To pursue sustainability is to create and maintain the conditions under which humans and nature can exist in productive harmony to support present and future generations. (Source: US EPA)

Origins in a Report: World Conservation Strategy (1980): All economic development programs should