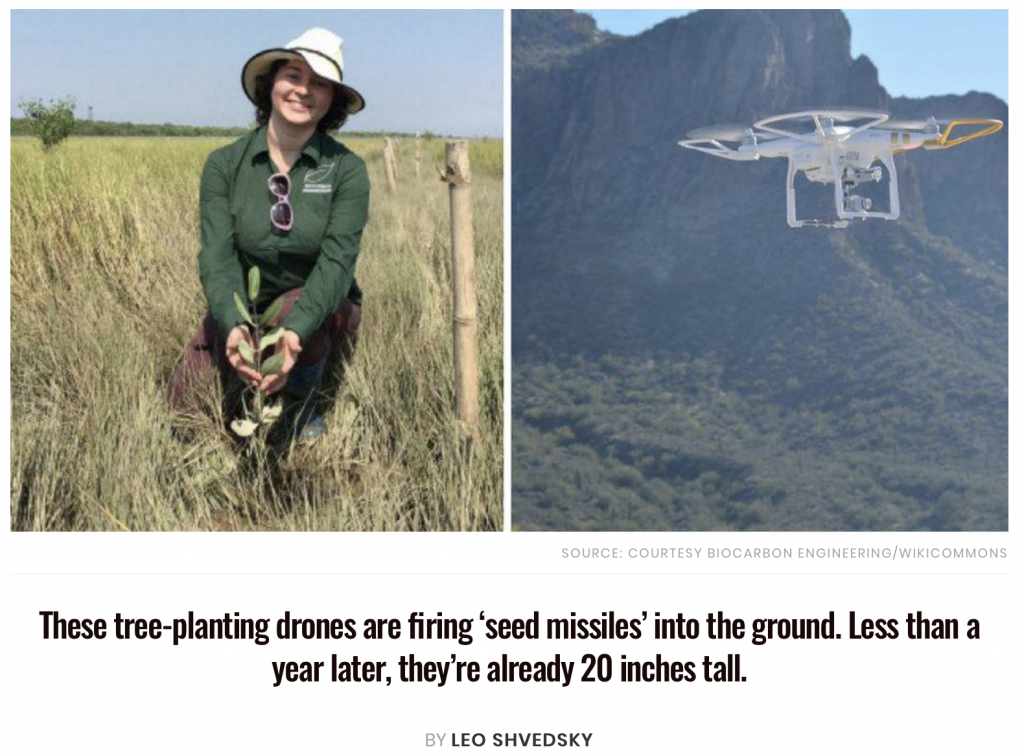 In September 2018, a project in Myanmar used drones to fire “seed missiles” into remote areas of the country where trees were not growing. Less than a year later, thousands of those seed missiles have sprouted into 20-inch mangrove saplings that could literally be a case study in how technology can be used to innovate our way out of the climate change crisis.

More: These tree-planting drones are firing ‘seed missiles’ into the ground. Less than a year later, they’re already 20 inches tall.