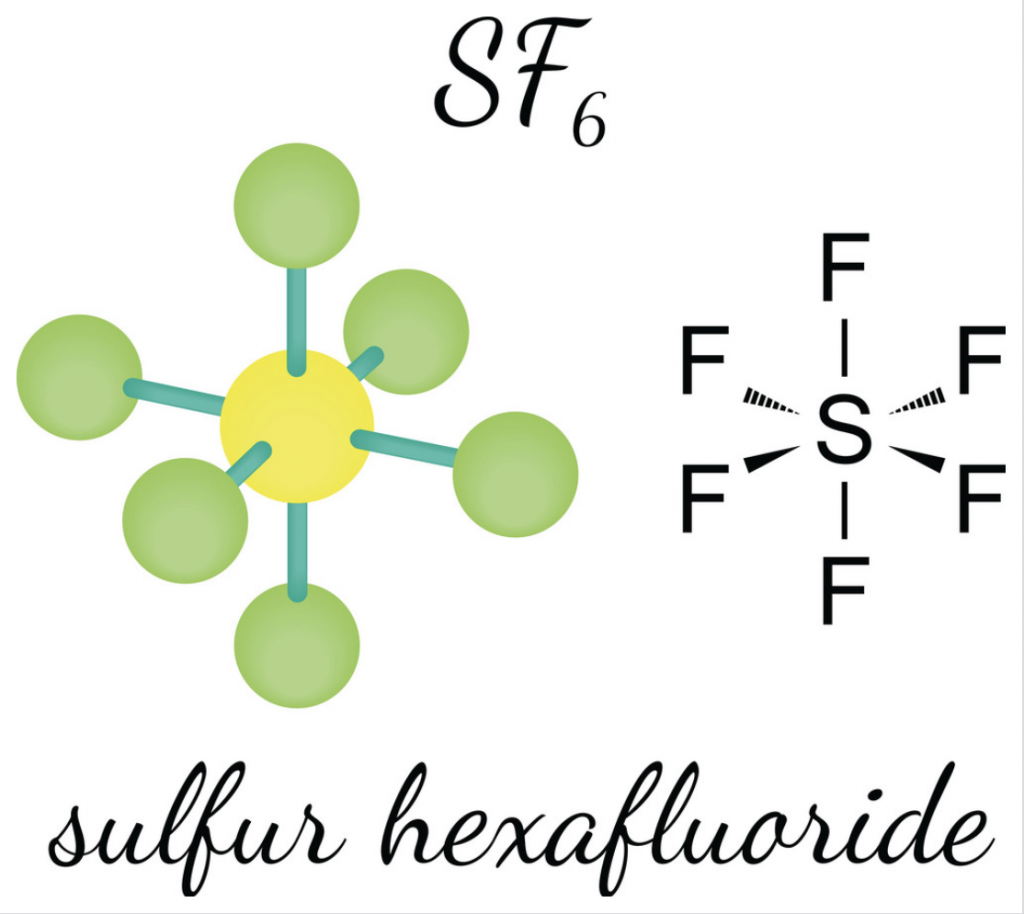 Cheap and non-flammable, SF6 is a colourless, odourless, synthetic gas. It makes a hugely effective insulating material for medium and high-voltage electrical installations.

It is widely used across the industry, from large power stations to wind turbines to electrical sub-stations in towns and cities. It prevents electrical accidents and fires.

However, the significant downside to using the gas is that it has the highest global warming potential of any known substance. It is 23,500 times more warming than carbon dioxide (CO2).

It also persists in the atmosphere for a long time, warming the Earth for at least 1,000 years. 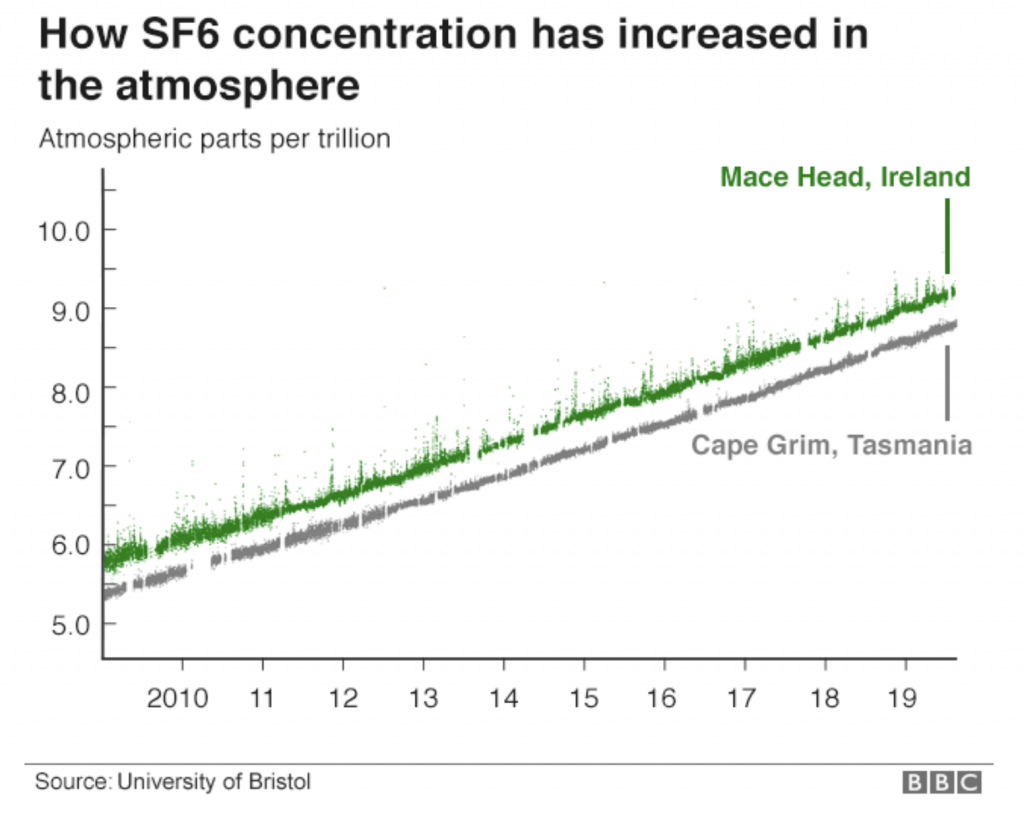