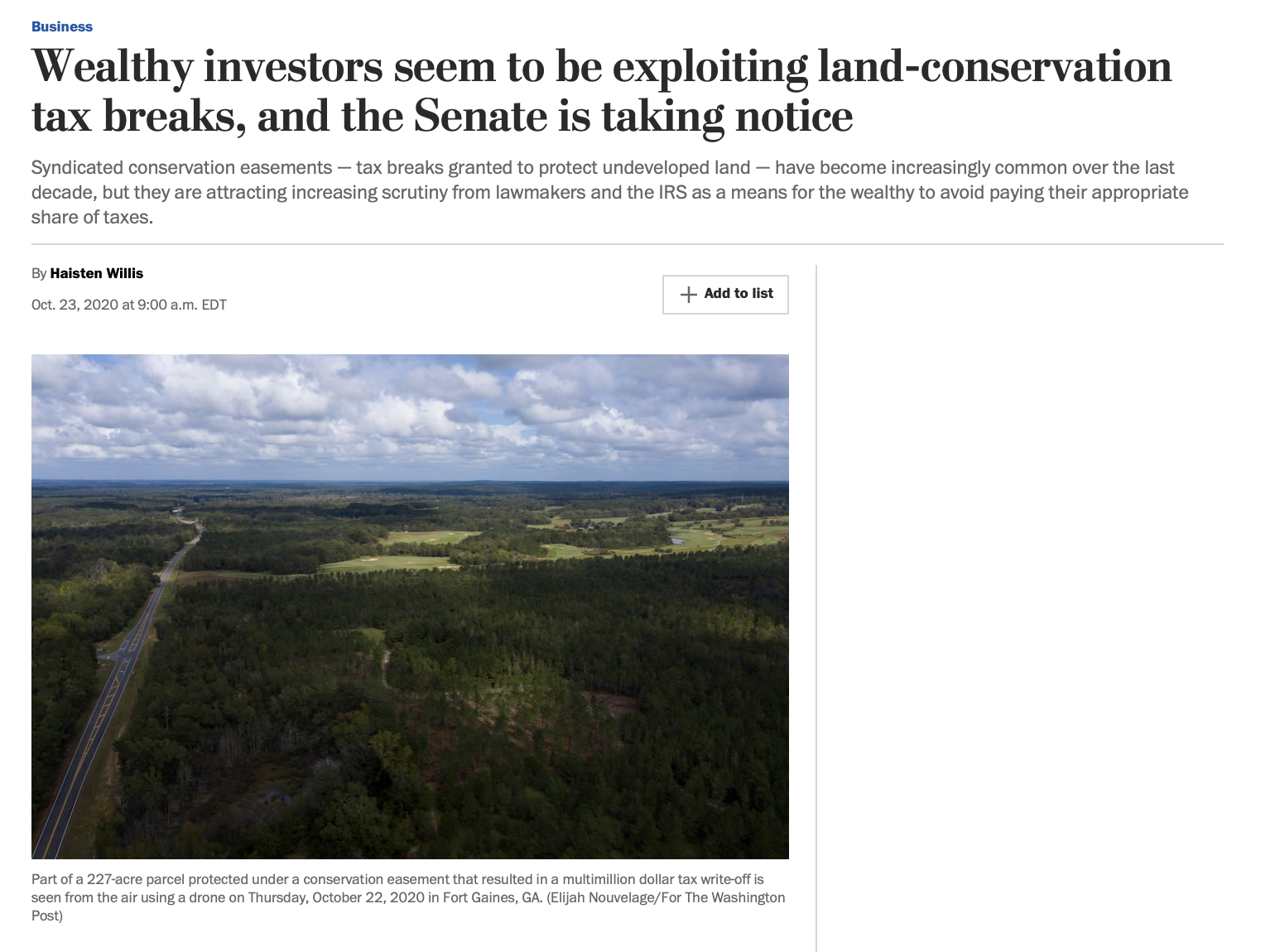 As with any other good policy, there are those who will take advantage of it. This Washington Post story details a tax scheme (racket, fraud, etc.) whereby groups of wealthy people buy into (as a syndicate) a large tract of land in some out of the way place (in this case, rural Georgia) and take the conservation easement tax breaks. In this case, the land is unlikely to develop as it is in an area of rapidly declining population. But the conservation easements are still a legal option.

Syndicated conservation easements, such as the one in Clay County, grant write-offs to multiple partners, each buying a share in a tract of land. They are attracting increased scrutiny from lawmakers and the IRS as a means for the wealthy to avoid paying their appropriate share of taxes.

As of February, about 84 percent of syndicated easements were in some stage of an IRS audit, according to the finance committee report, which was released in August. The report found that about $10.6 billion of tax revenue was lost to syndicated easements between 2010 and 2017. And lawmakers in September introduced a new bill aimed at closing such loopholes.