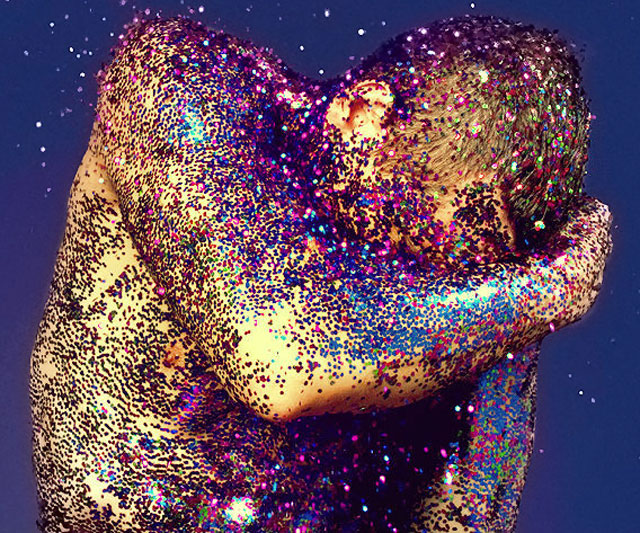 And it’s terrible for the environment too. Studies of traditional plastic glitter (and natural glitter – made from the mineral mica) were both bad for the environment, by testing plant growth in water in the presence of the glitters:

The research found that after 36 days, the presence of glitter halved the root length of common duckweed (Lemna minor), while levels of chlorophyll in the water were three times lower than in control conditions, indicating reduced levels of phytoplankton, or microalgae.

Glitter is used in a variety of decorative ways, including on clothing, in arts and crafts, and in cosmetics and body paint. Traditional glitter is a form of microplastic consisting of a plastic core made of polyester PET film, which is coated with aluminum and then covered with another thin plastic layer.

Along with other forms of single-use microplastics, such as microbeads, there have been efforts to phase out PET glitter with the introduction of more biodegradable alternatives.

One version has a core of modified regenerated cellulose (MRC), sourced mainly from eucalyptus trees, but this is still coated with aluminum for reflectivity and then topped with a thin plastic layer. Another form is mica glitter, which is increasingly used in cosmetics.

However, this new study found that the effects of MRC and mica glitters on root length and chlorophyll levels were almost identical to those of traditional glitter.

Source: Glitter litter could be damaging rivers: Research finds biodegradable alternatives are no better for the environment