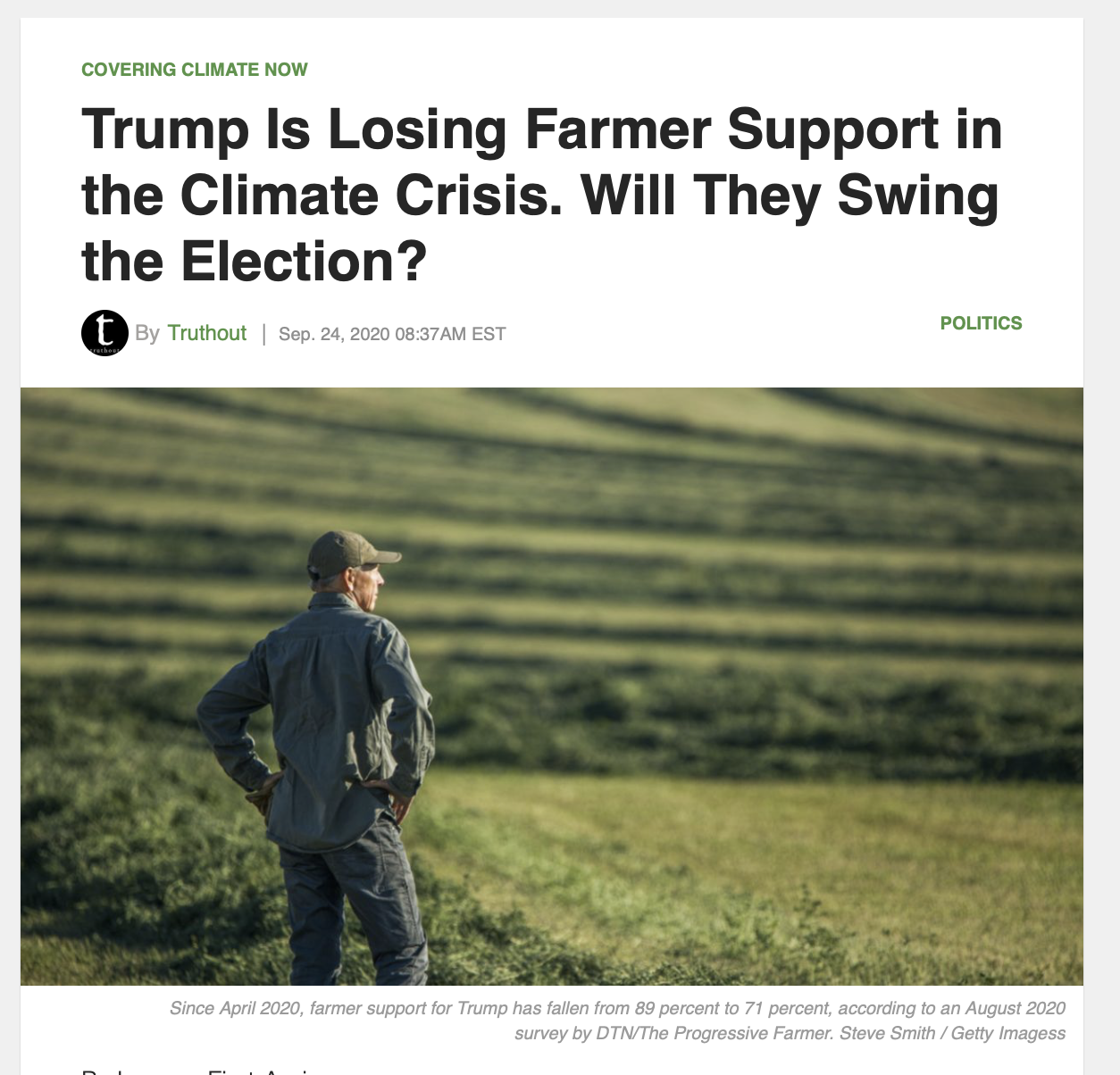 According to the USDA, more than half of the 2 million farms in the United States are “very small farms,” grossing less than $10,000 annually.

The majority of the smaller farmers Truthout spoke with for this story want to see a federal government that tackles climate change head-on and restructures agriculture to be a solution by encouraging diversified farming that stores (rather than releases) carbon. Industrial agriculture is a major contributor to climate change, through its reliance on chemical fertilizers, the manufacturing of which releases carbon dioxide and nitrous oxide, and depletes the soil of nutrients. It’s a system that farmers are “stuck in,” says Tom Rosenfeld, who grows apples, blueberries, strawberries and peaches on 120 acres of farmland in southwest Michigan.

Many small farmers say they’ve yet to see a presidential candidate or down-ballot candidate fully address their needs in this election cycle. President Trump’s reelection campaign has not yet put out a climate plan. And Biden’s climate plan does not yet spell out what small-scale farmers say they want, like a return to the New Deal-era concept of “parity,” a supply-management strategy designed to prevent the kind of wasteful over-production of soybeans and corn that wipes the land of biodiversity and results in unstable prices.