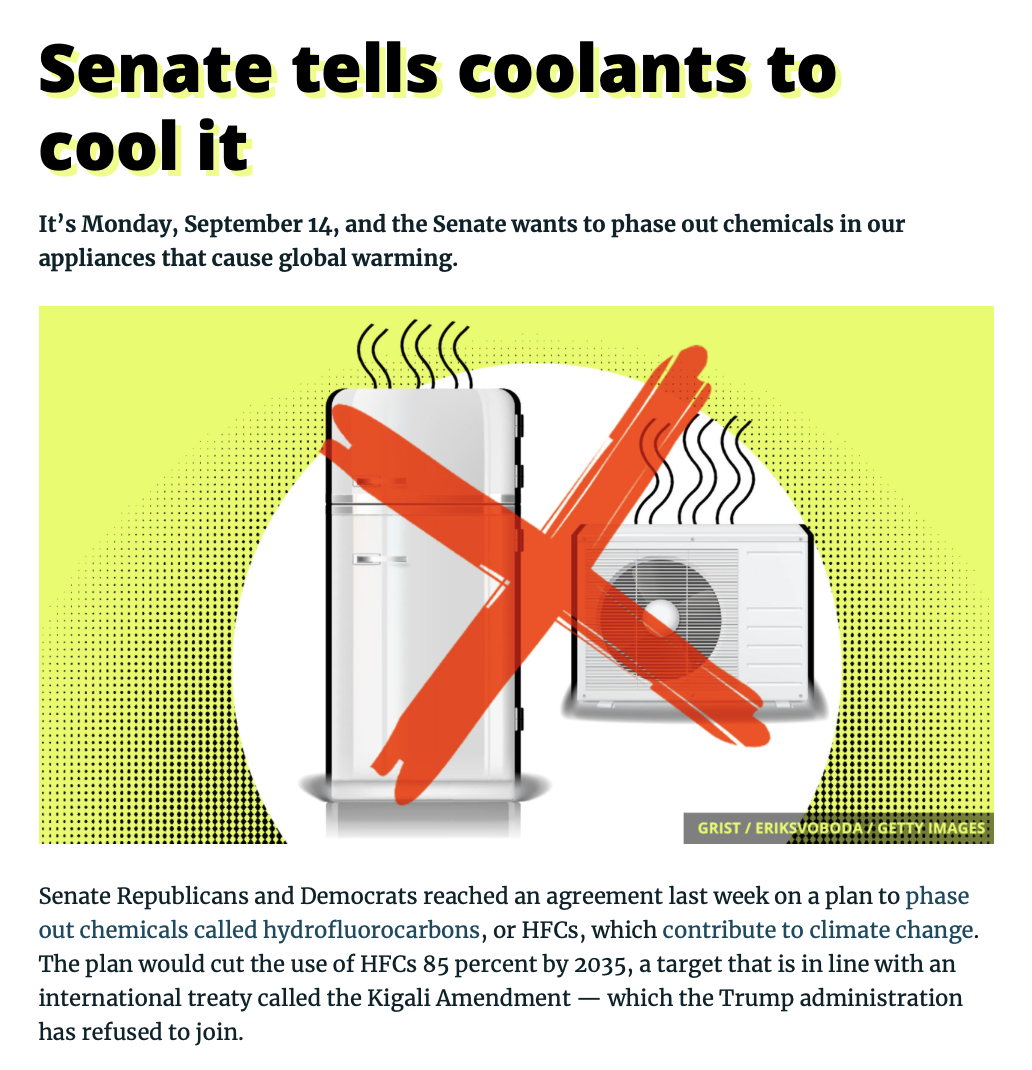 Senate Republicans and Democrats reached an agreement last week on a plan to phase out chemicals called hydrofluorocarbons, or HFCs, which contribute to climate change. The plan would cut the use of HFCs 85 percent by 2035, a target that is in line with an international treaty called the Kigali Amendment — which the Trump administration has refused to join.

HFCs are the secret sauce in air conditioners and refrigerators that actually cool the air. The refrigerants cycle between liquid and gas as they flow through these appliances. If there’s a leak, they are emitted into the atmosphere, where they can be thousands of times more powerful at warming the planet than carbon dioxide.

There are already less-damaging alternatives to HFCs available. Phasing them out would create thousands of jobs building new appliances, according to industry groups, and could help the world avoid an estimated 0.5 degree C (0.9 degree F) of warming. The bipartisan plan will be included as an amendment to an upcoming energy bill, although it’s unclear whether it will make it through Congress or past Trump’s pen.