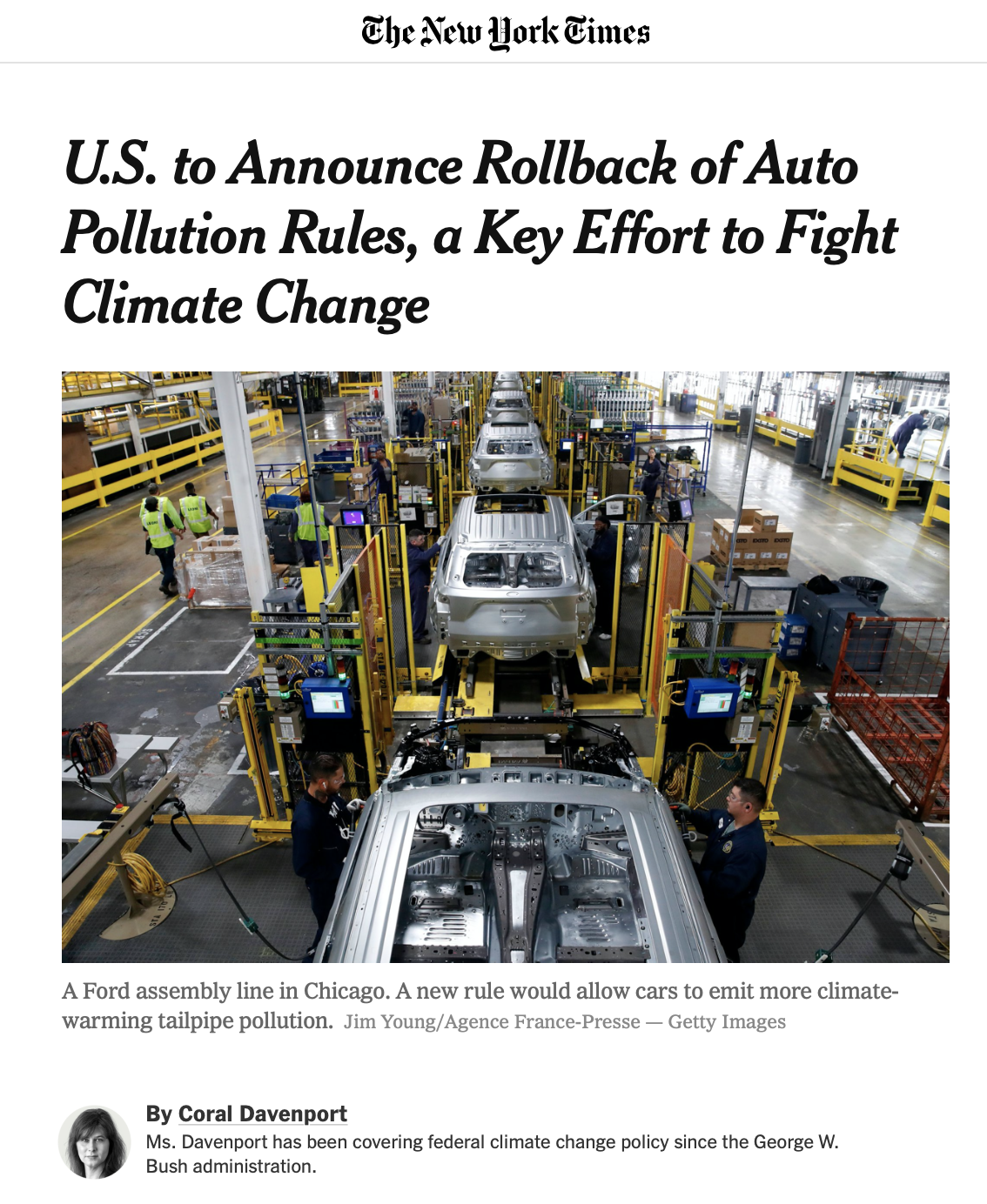 If the industry does not want these drastic reductions in fuel efficiency standards, then why?

Even many large automakers, which had asked Mr. Trump to slightly loosen the Obama-era rule, had urged him not to roll it back so aggressively, since the measure is certain to get bogged down in court for years, leaving their industry in regulatory limbo.

The new rule, written by the Environmental Protection Agency and the Department of Transportation, would allow cars on American roads to emit nearly a billion tons more carbon dioxide over the lifetime of the vehicles than they would have under the Obama standards and hundreds of millions of tons more than will be emitted under standards being implemented in Europe and Asia.

Trump administration officials raced to complete the auto rule by this spring, even as the White House was consumed with responding to the coronavirus crisis. President Trump is expected to extol the rule, which will stand as one of the most consequential regulatory rollbacks of his administration, as a needed salve for an economy crippled by the pandemic.