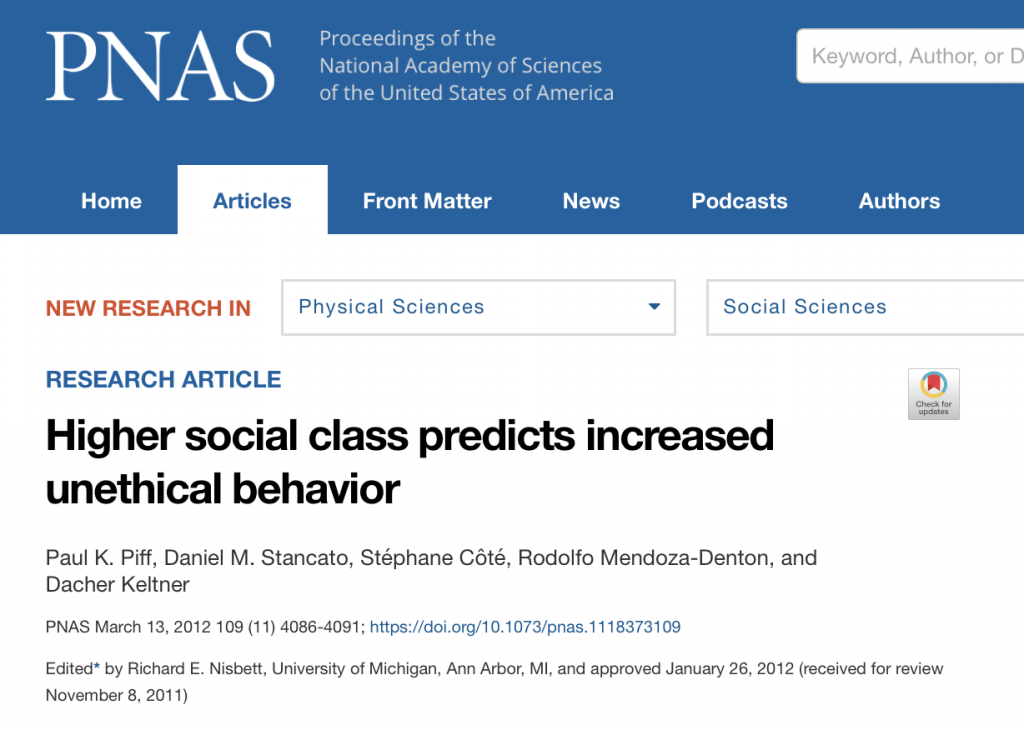 First of all, be careful about broad generalizations – stories with morals! – based on a relatively small number of studies.

Second, given that imbalances in wealth and power are core issues in many of our big “Approaches” we are reviewing this semester (population, markets, institutions… so far) what does this imply for ethical decisionmaking when it comes to the environment? In other words, fewer, richer, more powerful people are in control of environmental decisionmaking…