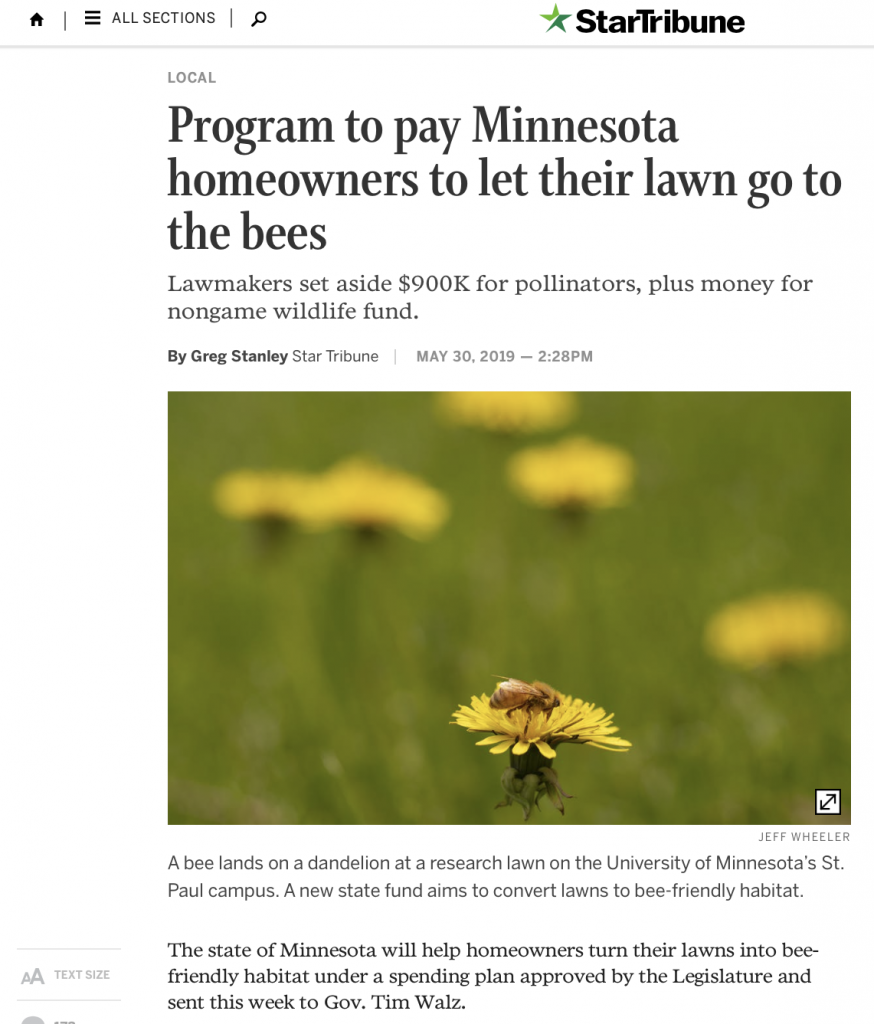 The state of Minnesota will help homeowners turn their lawns into bee-friendly habitat under a spending plan approved by the Legislature and sent this week to Gov. Tim Walz.

The state will set aside $900,000 over one year to assist homeowners by covering much of the cost of converting traditional lawns by planting wildflowers, clover and native grasses in an effort to slow the collapse of the state’s bee population. The plan was trimmed down from the original House and Senate proposals, which would have provided funding for three years.

The plan could help replenish food sources for pollinators of all kinds, but will specifically aim at saving the rusty patched bumblebee, a fat and fuzzy species on the brink of extinction that seems to be making its final stand in the cities of the Upper Midwest.

Source: Program to pay Minnesota homeowners to let their lawn go to the bees