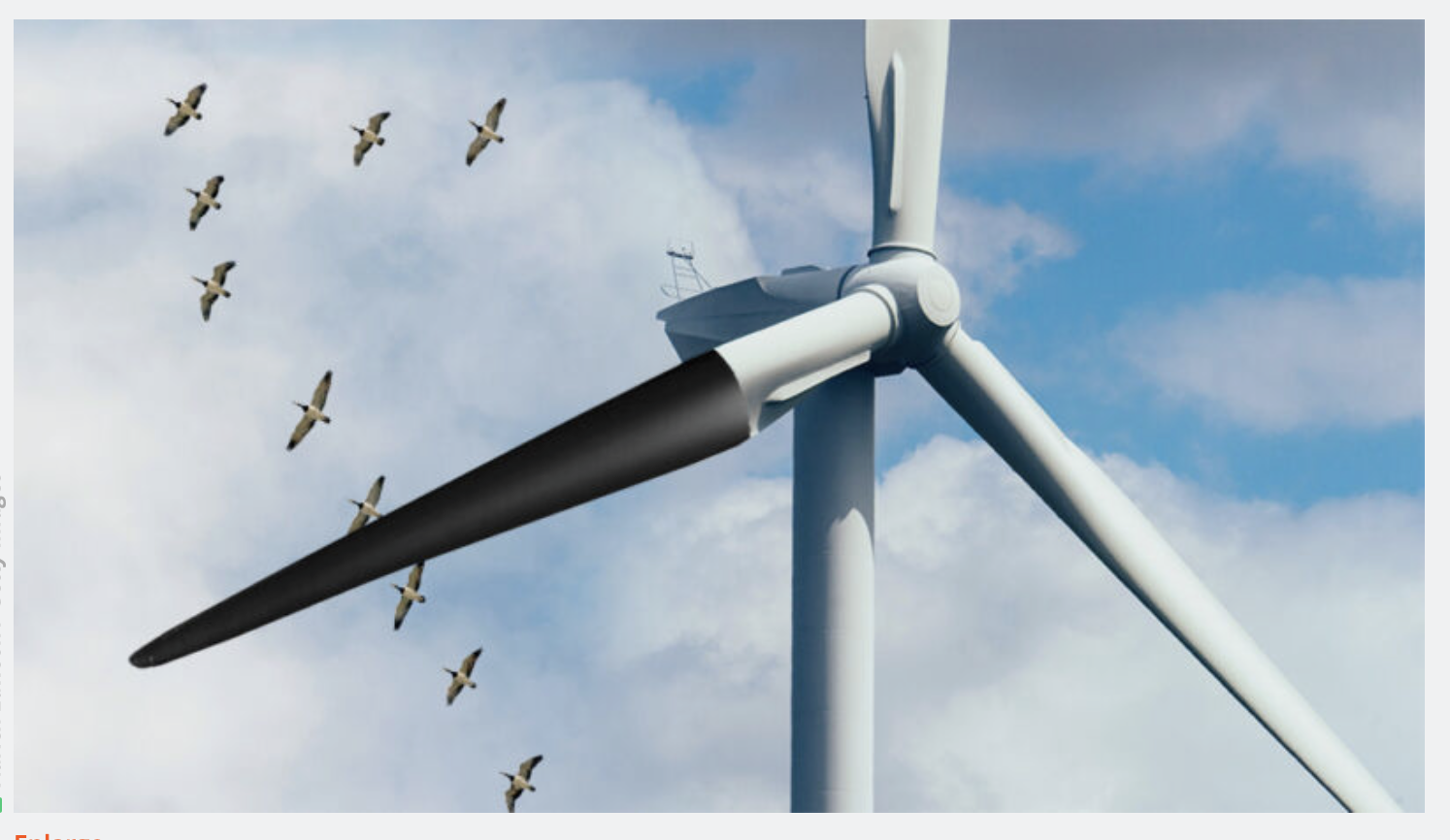 Something as simple as black paint could be the key to reducing the number of birds that are killed each year by wind turbines. According to a study conducted at a wind farm on the Norwegian archipelago of Smøla, changing the color of a single blade on a turbine from white to black resulted in a 70-percent drop in the number of bird deaths.

..in 2013, each of the four turbines in the test group had a single blade painted black. In the three years that followed, only six birds were found dead due to striking their turbine blades. By comparison, 18 bird deaths were recorded by the four control wind turbines—a 71.9-percent reduction in the annual fatality rate.