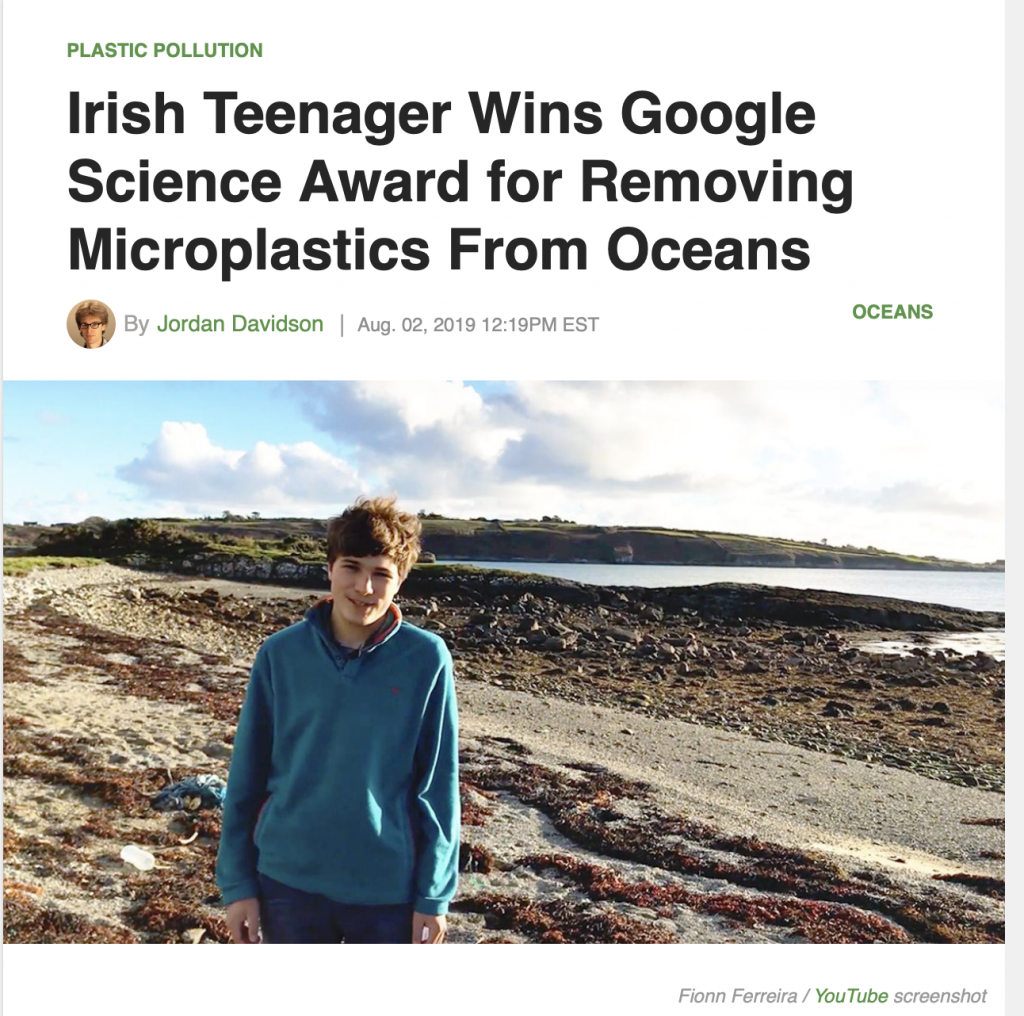 The climate crisis looms large for young people. We see teenagers like Greta Thunberg inspiring kids around the world to take part in political activism. Then, there are solution-seekers like Fionn Ferreira, an 18 year-old Irish wunderkind, who won the grand prize at the 2019 Google Science Fair for creating a method to remove microplastics from the ocean.

Ferreira’s project used a novel, but effective methodology for removing ocean plastics. He used magnets to attract microplastics from water. The project found that a magnetic liquid called ferrofluid attracted the tiny plastic particles and removed them from the water. After nearly a thousand tests, his device successfully removed about 88 percent of the microplastics from water samples, according to The Irish Times.