“The Yellow Wallpaper” (1892) by Charlotte Perkins: 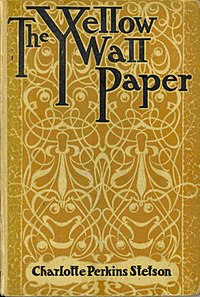 Written in first person as a collection of journal entries, The Yellow Wallpaper details a woman who is diagnosed with a “slight hysterical tendency” following the birth of her child. Her husband, a doctor, prescribes a rest cure in a mysterious colonial mansion that  does not sit well with the woman. Sleeping in what she believes to be a former nursery, the woman is taunted by the yellowing wallpaper that seems to mutate throughout her stay there. A masterpiece of feminist literature, The Yellow Wallpaper thrills, chills, and occasionally inspires. 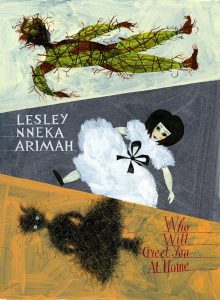 Illustration by Jeffrey Fisher via “The New Yorker”

Who Will Greet You at Home, follows a young woman named Ogechi in  Nigeria who is desperate for a child of her own. Like all other women, she must craft the child from any material she chooses before it is blessed into life by Mama, a cunning and greedy shopkeeper. When Ogechi acts out of desperation, crafting a child from the disposed hair she collects from work, she is faced with an evil of her own creation. Inspired by what the author describes as the “zealous insistence that you Nigerian women must marry and reproduce as soon as possible in order to give their lives true purpose,” Who Will Greet You At Home is jarring in both its content and poignant social commentary. 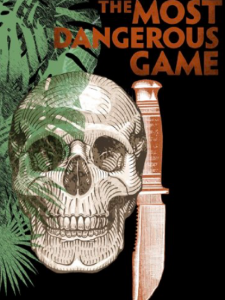 A classic on many a high school literature syllabi, The Most Dangerous Game is a necessity on any spooky reading list. It follows Sanger Rainsford, a hunter journeying to the Amazon rainforest in hopes of killing a jaguar. After accidentally falling overboard and swimming to a nearby island, Rainsford meets one of its mysterious inhabitants, General Zaroff. Soon he finds himself involved in a lethal game that will test his mental and physical limitations. The Most Dangerous Game is a classic for a reason, and it’s intelligent writing and suspenseful plot make for an incredible read.

“The Striding Place” (1896) by Gertrude Altherton: 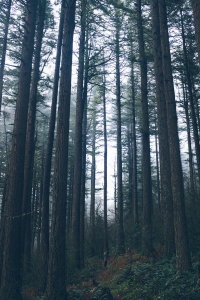 Upon the discovery that his best friend has mysteriously disappeared, protagonist Weigall begins his quest to find the “man for whom he possessed stronger affection than for all men.”. Searching through a dark and foreboding forest, Weigall encounters terrifying entities that are unlike anything he could ever imagine. Atherton conjures up a rich story filled with jump scares and an ending that will leave you screaming “WHAT?!” 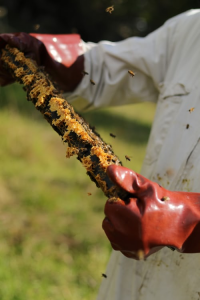 Increasingly frightened by his young daughter’s refusal to eat, beekeeper Albert decides to take matters into his own hands. Mixing royal jelly, a substance used to help bee larvae grow, into his daughter’s milk, Albert finally starts to notice a difference. But by keeping this a secret from his wife Mabel, things slowly begin to get out of hand, and a disturbing revelation leads to unforeseeable consequences. A slow simmering thriller, this short story offers plenty of creepy crawlies, paired with Dahl’s iconic writing style.