Marion is just 23 miles north of  Delaware and has long been a refuge for homeless individuals in Delaware.

Conduct a simple Google search of Marion, Ohio and a few shelter options will appear.

Members of the Delaware Police Department still offer rides to those they find on the street to one of the shelters in Marion according to Officer Rita Mendel.

Elizabeth McVay was staying at Family Promise in early 2015. She had called Marion shelters first to see if they had room but when they said they were full, she said she was forced to move to Delaware.

Marion offers a variety of options, including separate shelters for families and women and single men.  Through those programs, more than 7,000 individuals have been served since 1988.

Elizabeth McVay, a current resident of Delaware’s Family Promise, said that when she was in housing crisis she contacted the Marion Shelter Program only to find that the family shelter was full.

Due to this, she was forced to move her family to Delaware. 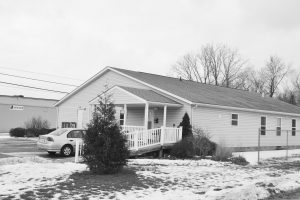