I have missed you so much since our last meeting. My longing to be reunited with you only grows stronger each day, and I often find myself looking to our past for solace. It feels like only yesterday that I first laid eyes on you.

You appeared to me in the form of Encyclopedia Brown, and it was love at first clue. From the moment that I was tasked with assisting the headstrong kid detective in his investigations, I was hooked. Each day I would go to the library during recess, preferring to get lost in Encyclopedia’s world of cryptic clues and neighborhood mysteries over playing kickball or foursquare. Nestled within those bookshelves, my heart would beat out of my chest with each flick of the page, as I anxiously flipped to the end of the novel to discover if I had correctly solved the mystery and revealed the culprit. Looking back, I recognize the influence you had on me, often resulting in growing paranoia that my neighbor was disposing of evidence in our trash can, or that my teacher was secretly working for the FBI. You could say that I was mystery-crazed–and I would say that I was perfectly fine with that. 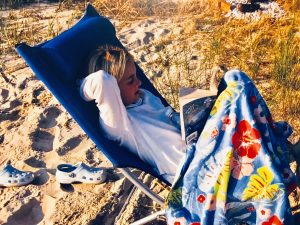 In 8th grade when I was assigned And Then There Were None in English class, my infatuation only deepened.Your mysterious mansions, thickening fog,and long-buried familial secrets held a magnetism that I couldn’t deny. Soon, I was consuming every Christie-esque book, movie, and TV show that I could get my hands on. Hercule Poiroet with his perfectly manicured mustache and uncanny skills of deduction was my escape from the world of Hannah Montana and the Cheetah Girls. I remember reading through Murder on the Orient Express on my trip to visit my grandparents in Williamsburg, forgetting about the Celine Dion CD my mother played on loop, and the torturous poking of my siblings. Instead, I embarked on the Orient Express, winding perilously along the snowy trail to England, each train car holding a potential suspect.

I know that we briefly broke up upon my discovery of Twilight, but it was just a fling; sparkling vampires can only go so far. I kept coming back to the tired detective who smells of cigarettes and stale coffee, working himself to the brink while solving the case that will haunt him for the rest of his life. Drawn to the allure of an unsolved crime, hooked by the need to discover the perpetrator’s identity. Just like Hannibal Lector devoured his victims in The Silence of the Lambs, soon I was once again devouring each and every mystery novel I could get my hands on,savoring each page, each word, each tasty letter with an insatiable hunger. 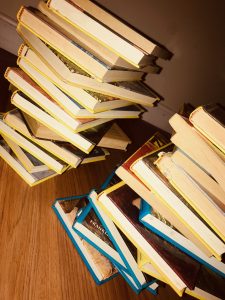 Now looking back at our epic love story spanning a decade, I have nothing but reverence and affection for our time together. That’s why what I’m about to say pains me so. First, just know that it’s not you, it’s me. I simply cannot make time for you in light of my responsibilities. Believe me, picking up my Human Biology textbook while you lay collecting dust on my shelves is just as painful for me as you. Everywhere I look I am reminded of you: The Sherlock Holmes collection that sits on my desk. The worn and weathered copy of Nancy Drew resting on my shelf. You are everywhere. But until Fall semester is over,we need some time apart. Because if I give into you now, I know I won’t be able to resist. Your draw is matched only by my desire to actually graduate.

It pains me to say this, but the time has come for me to bid you farewell for now. I suspect our love will resurface as a summer fling, or on a dreary weekend when the stars align and I finally have free time. Until then, I can only remain

3 Replies to “Madison Williams (’20): A Love Letter to Mystery Novels”