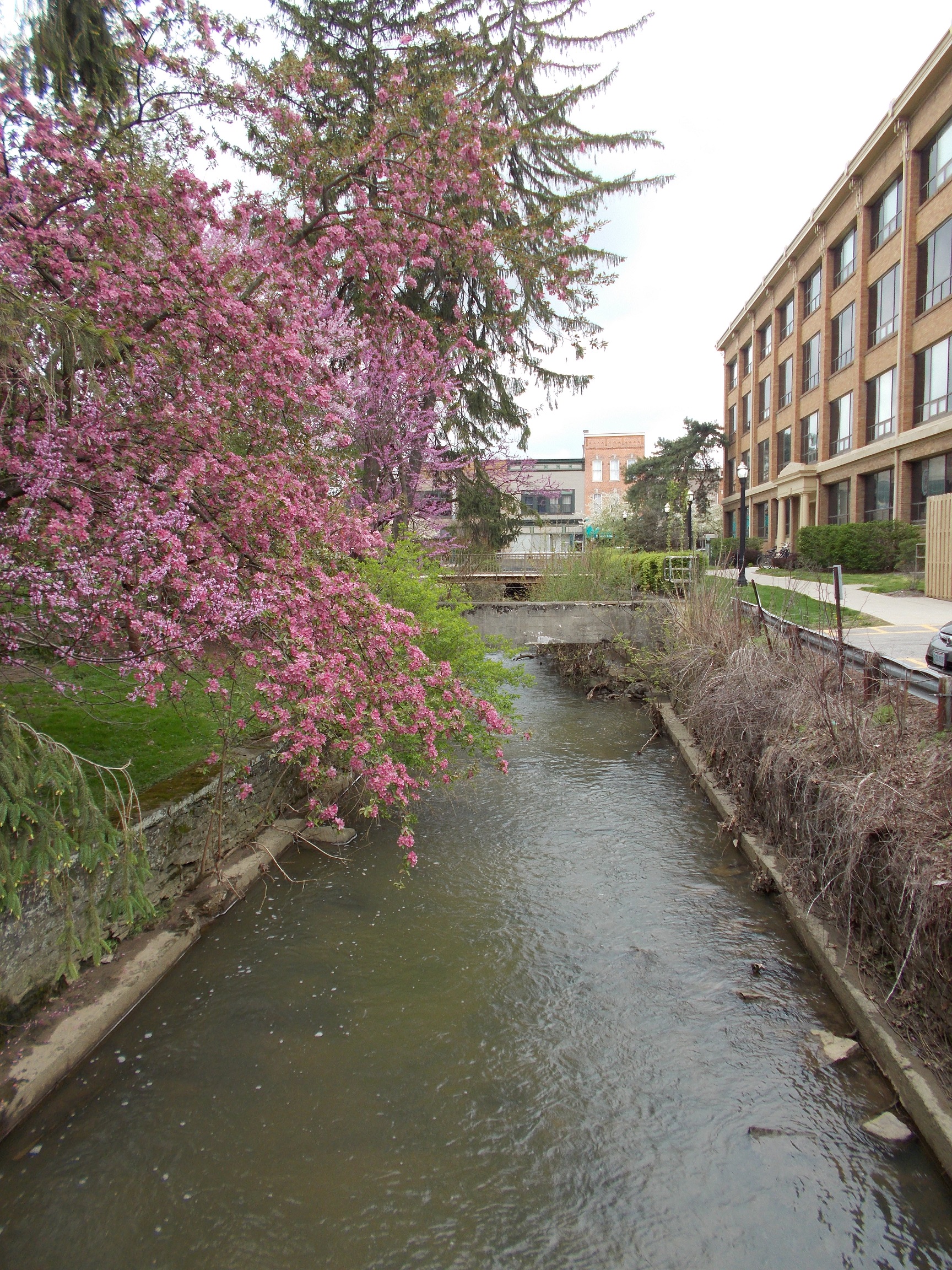 During the spring semester 2014 the “Streams to Dreams” team decided the importance of building on the research gathered from the previous semester (link to final report, below). To keep continuity we wanted to see this project evolve in a way where each semester was able to provide their fingerprint. This would allow for the project to continuously move forward and gain momentum as additional classes grappled with adding their perspectives and information to the project.

As we began to study the information from Fall 2013 we developed our own direction for additional work on the Delaware Run project:

We will map out in AcrGIS the points of all of the trees in the affected area along with some soil samples.

What we are going to do for the tree data: 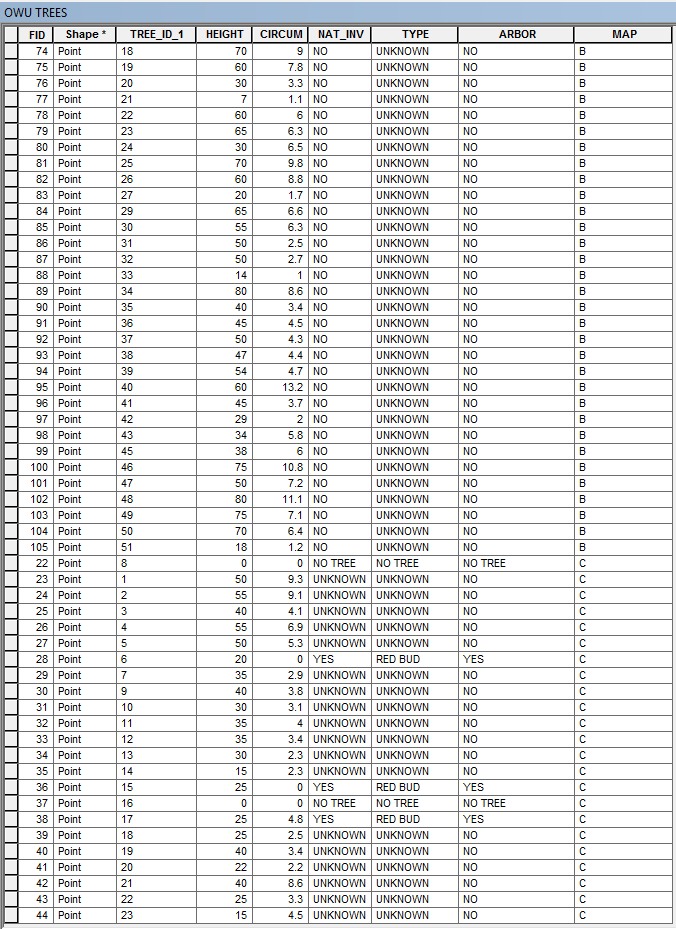 After collecting soil samples in five different locations, we were unable to tell if there was fill from the previous football field. We were able to clarify that this area is indeed a wetland and that our projected path will be inside the floodplain.

Our projection of the flood plain involves us moving three small arboretum trees to a different location on the floodplain. Because they are small they will transfer more easily then the larger arboretum tree on the cut bank of the projected path.

By mapping out all of the trees within the floodplain we were able to project a path that would involve the least destruction of natural habitat. The meander we added to the Delaware run emulates its original path in order to start the processes of de-channelization. 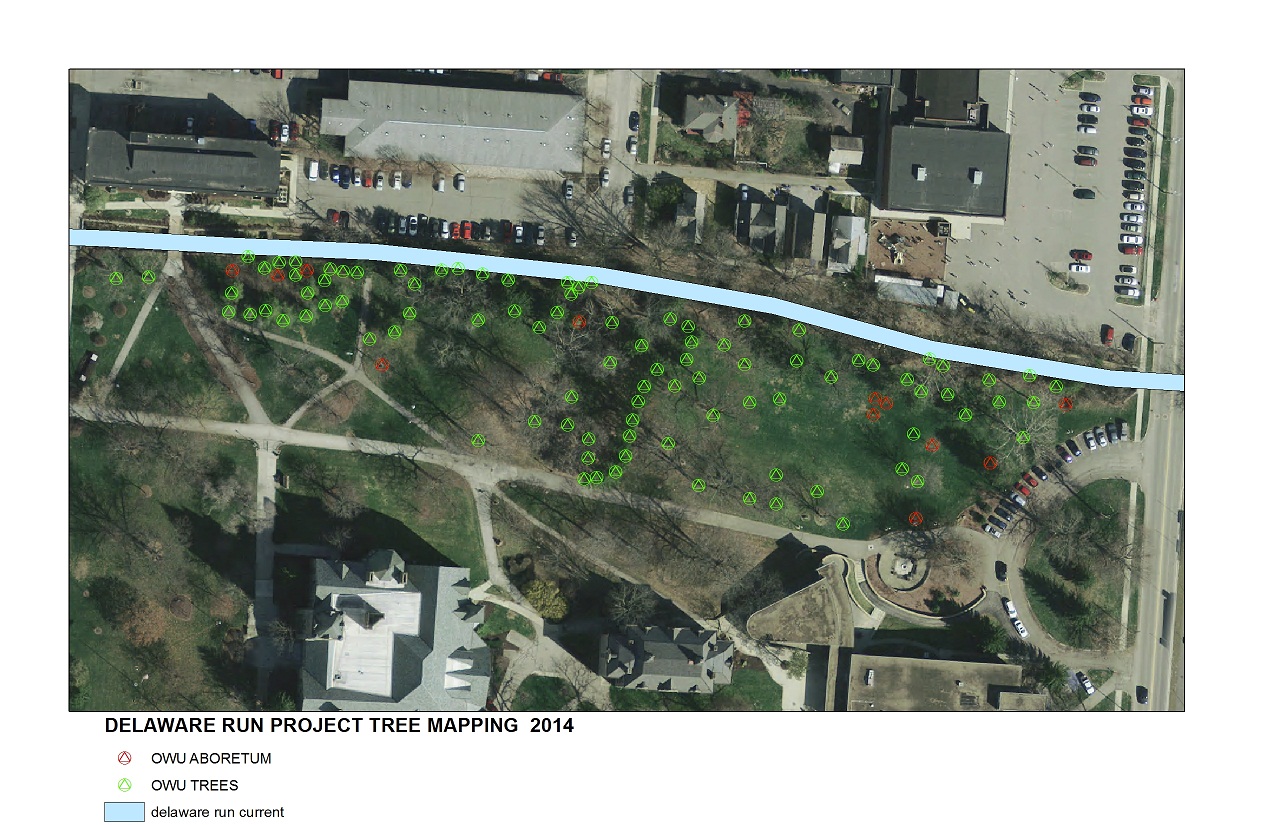 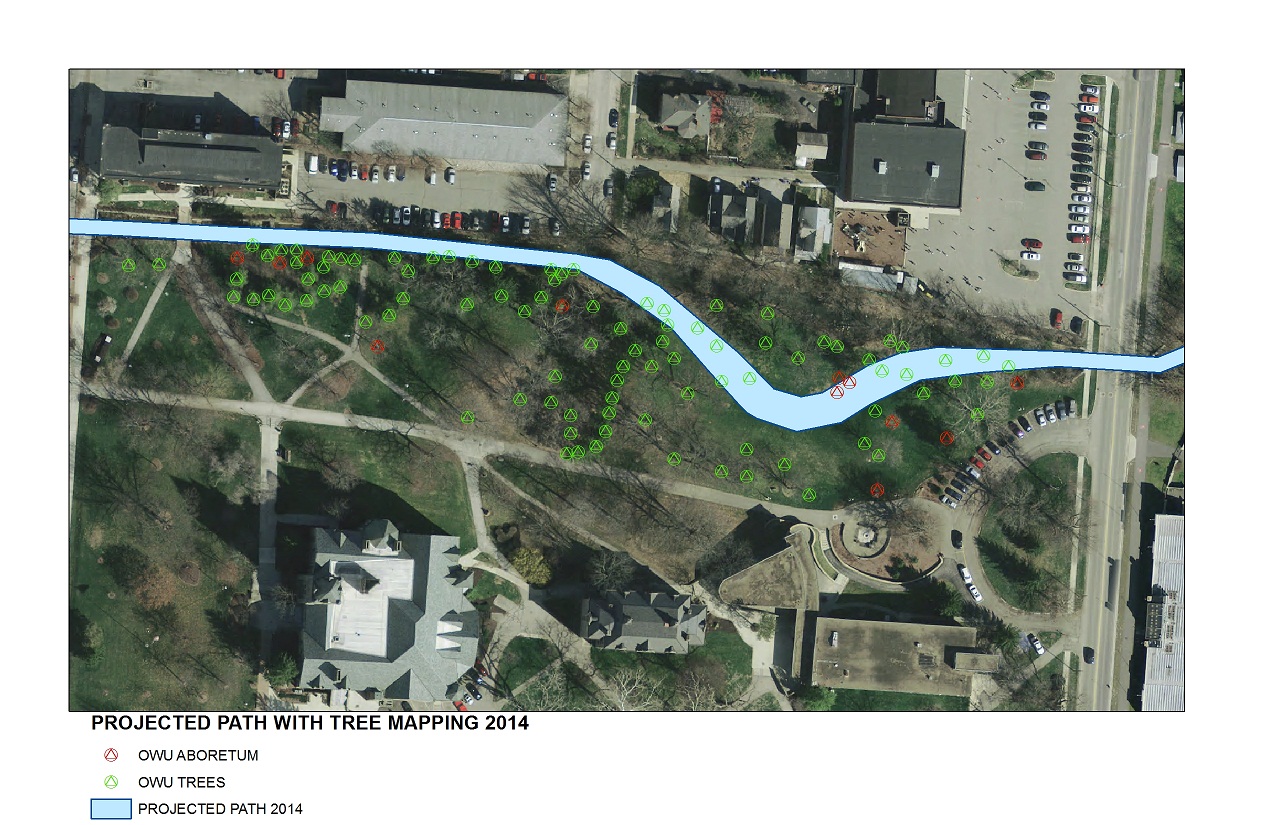 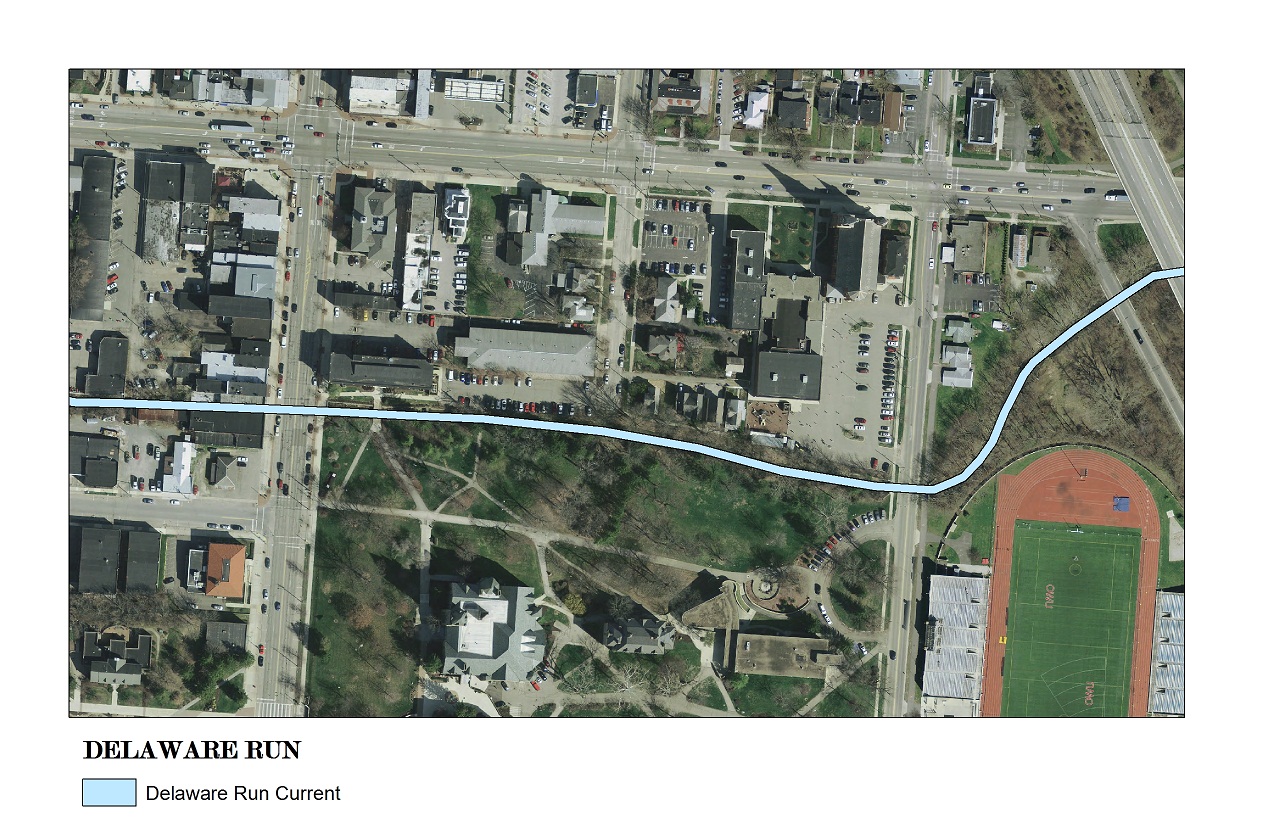 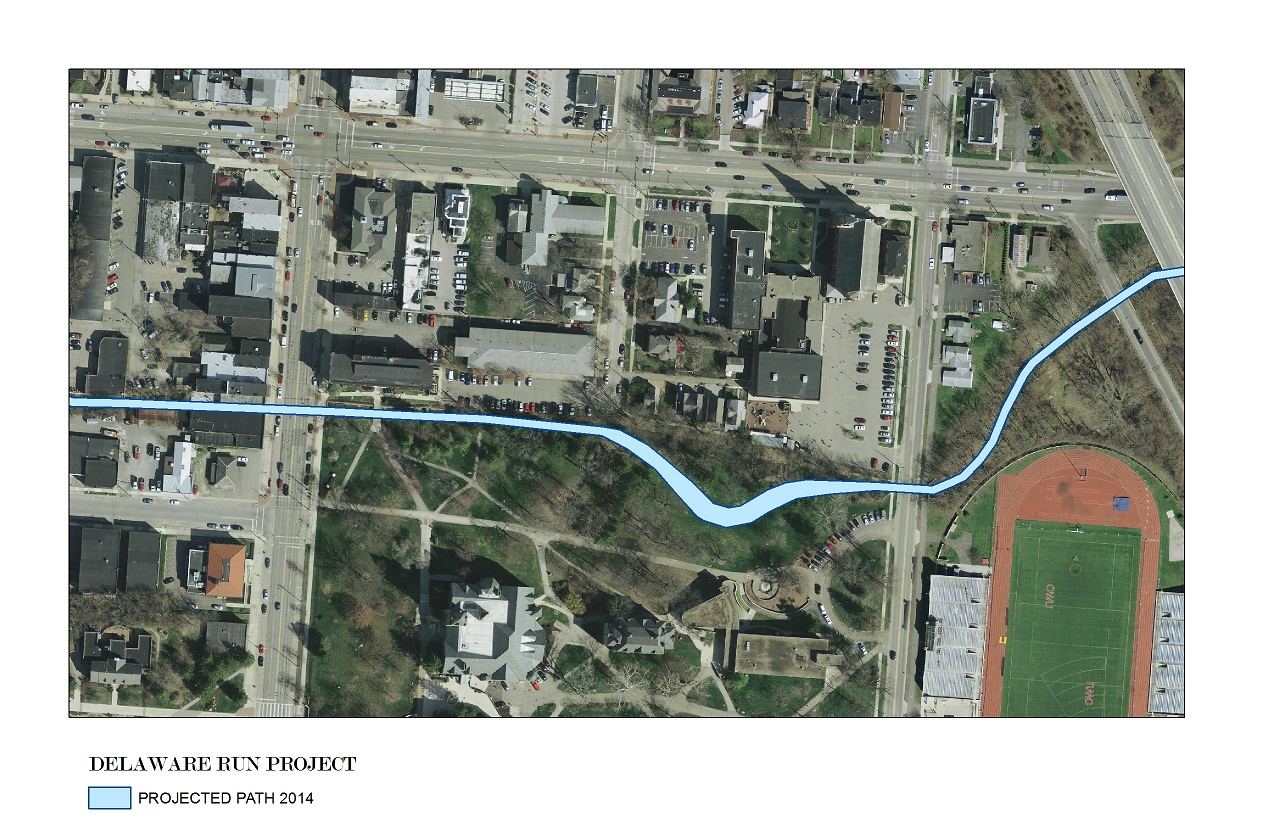 Goals for Buildings and Grounds: (Excerpt from Peter Schantz E-Mail)

Delaware run maintenance issues to be considered during a renovation project 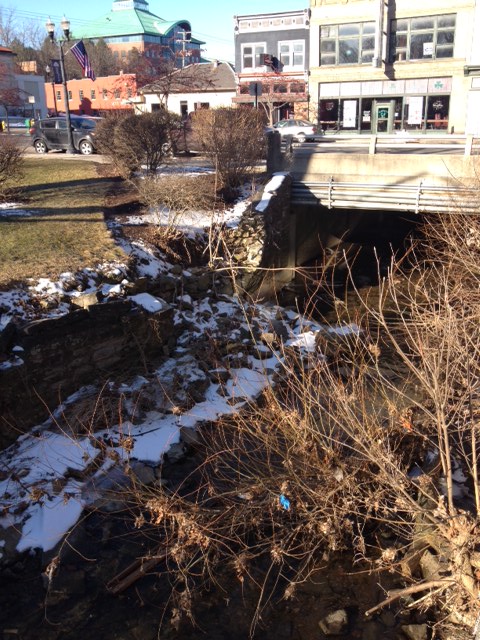 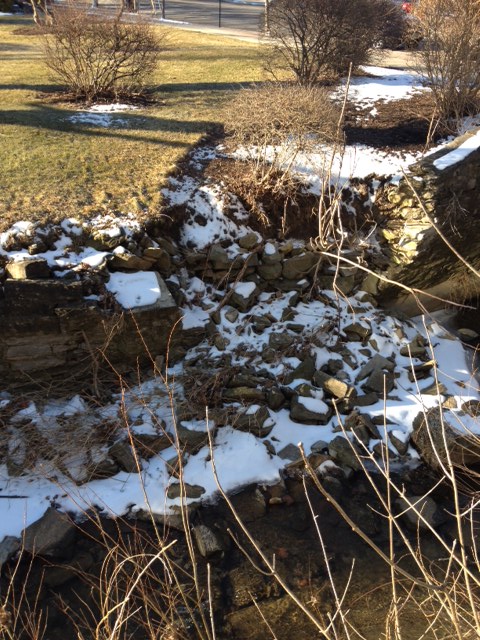 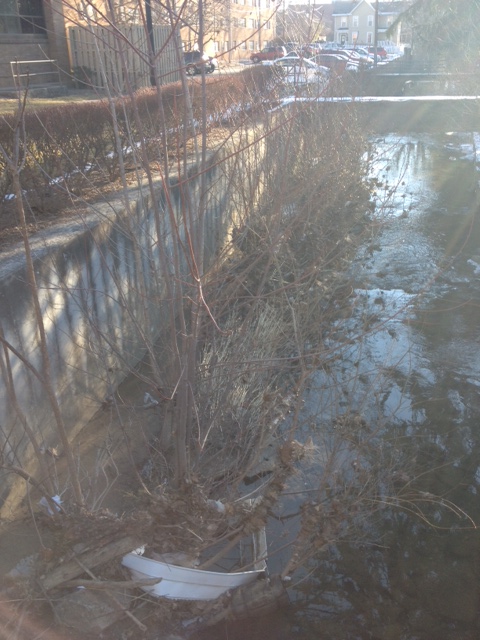 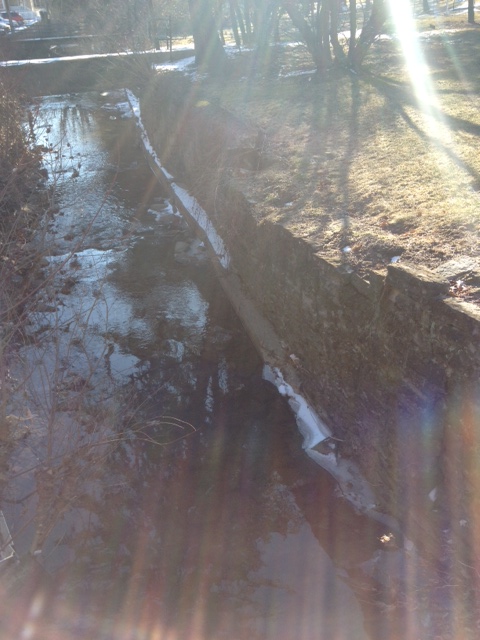 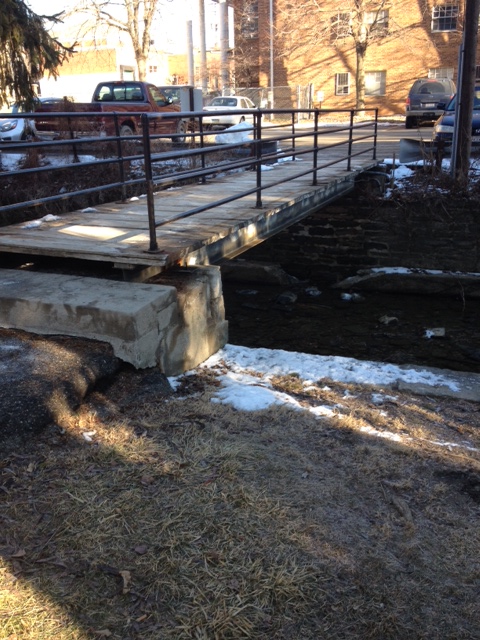 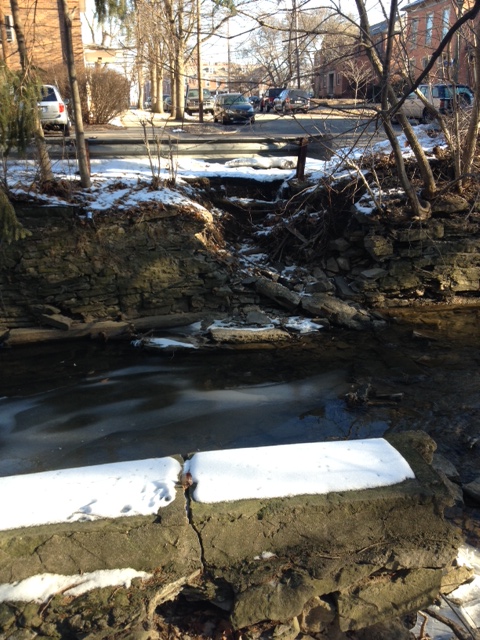 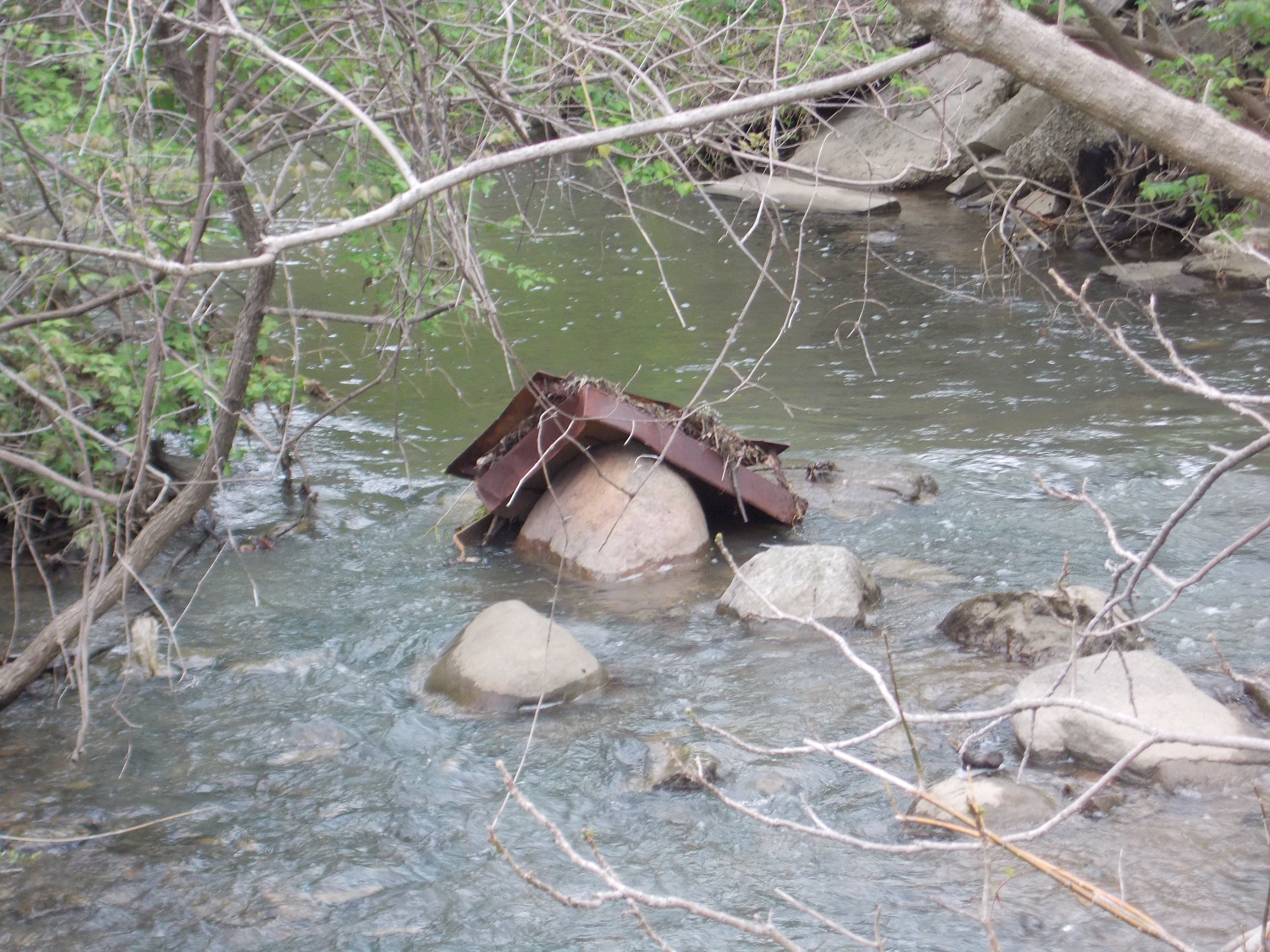 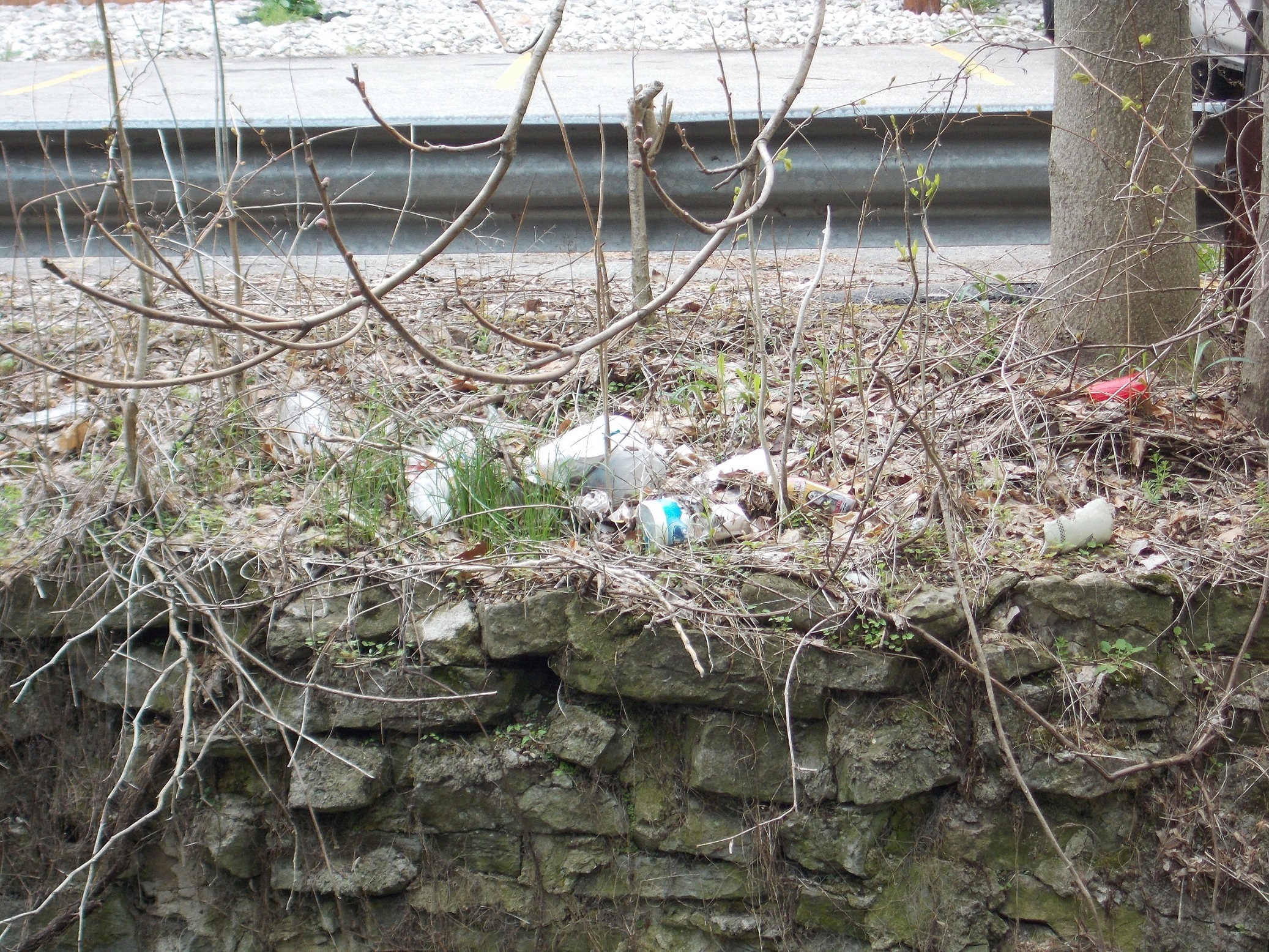 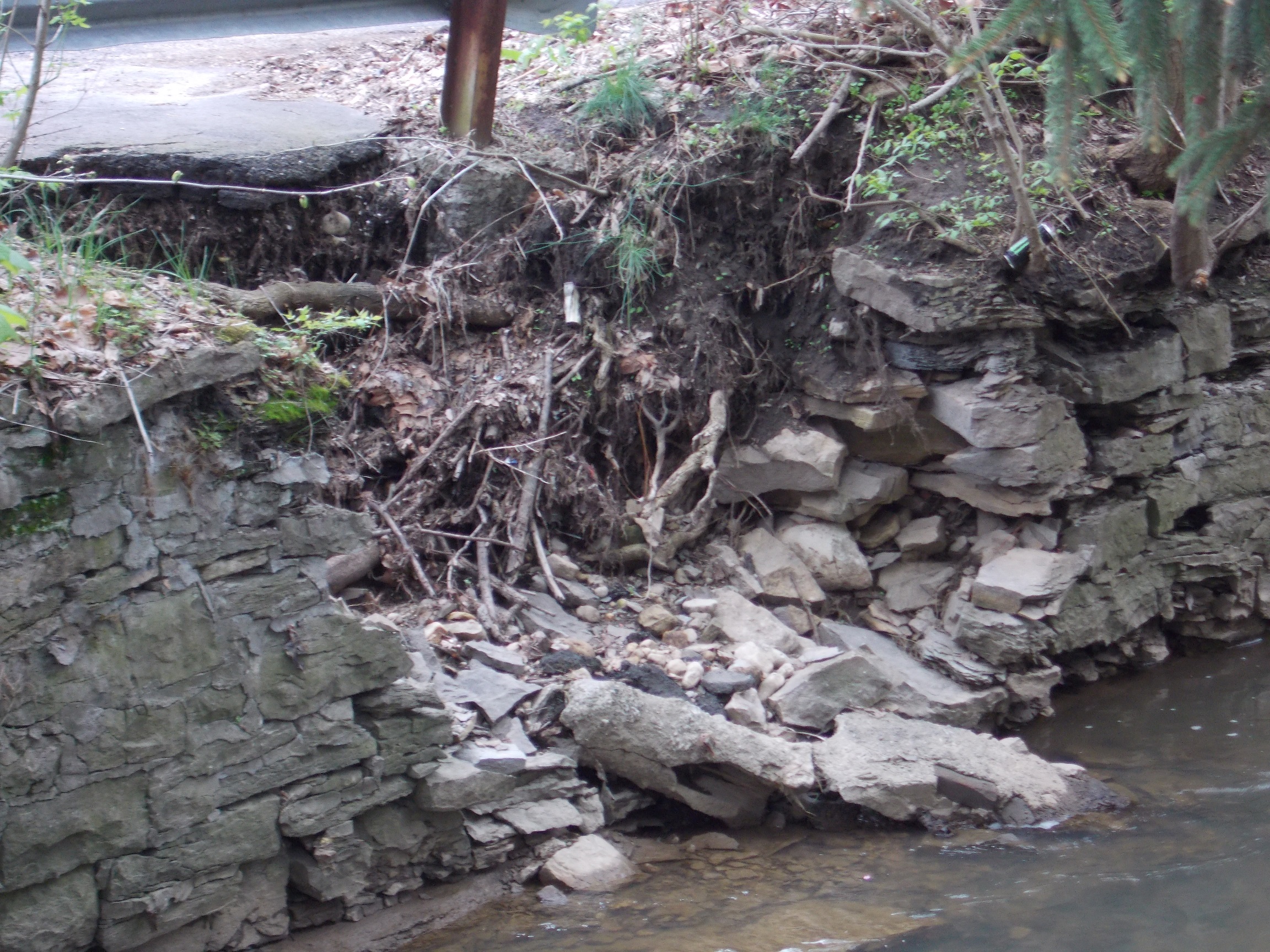 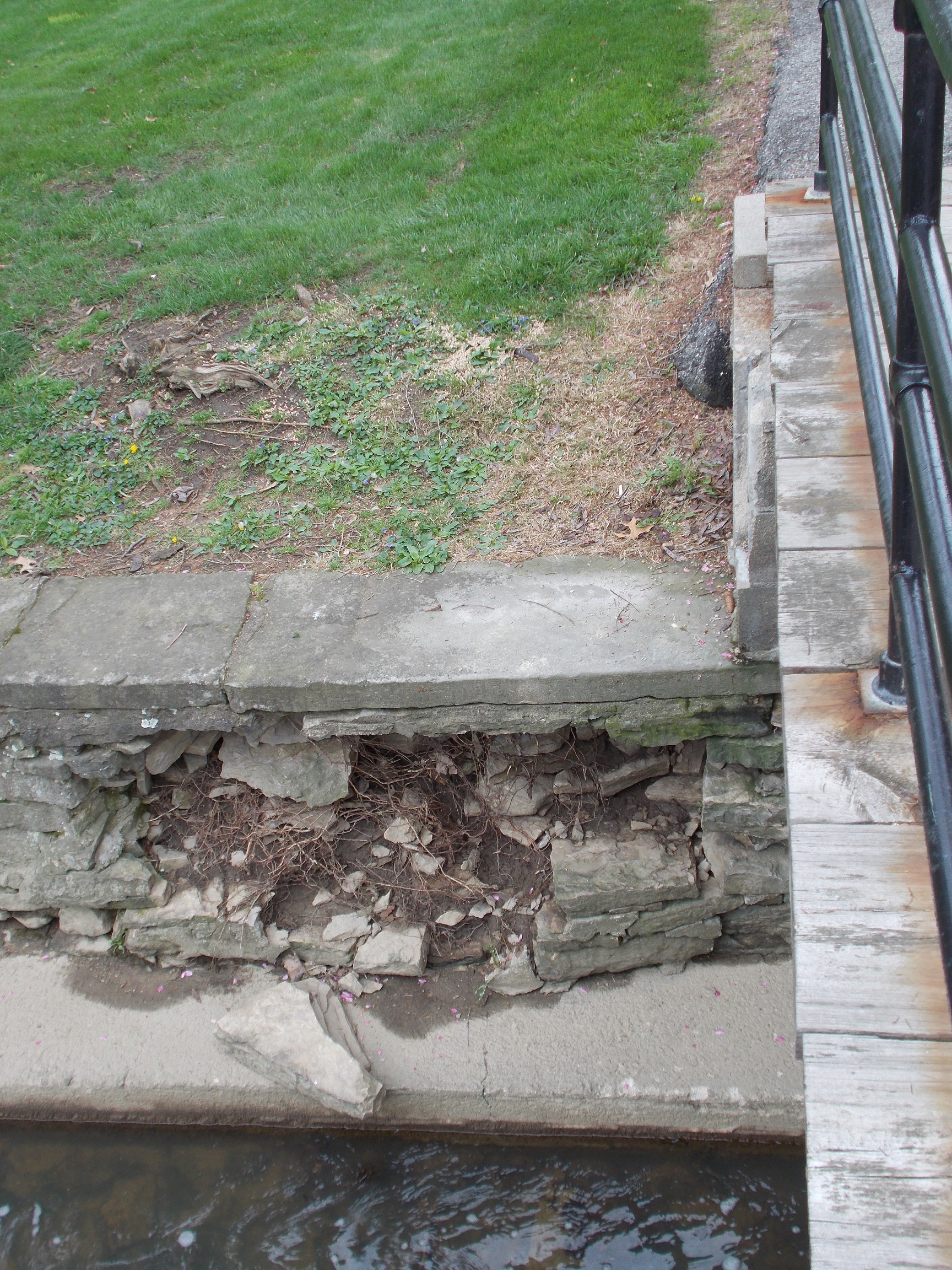 2014 we mapped the trees next to the run, still need to determine tree types. Nancy Murray and David Johnson sent us information and will be able to help further identify these tree species.

We were able to begin the process of soil samples but our testing was mostly inconclusive. We were trying to determine if there was fill put down to level this area for the OWU practice field. We suggest further analysis to determine whether this was in fact leveled, by doing more soil samples.

Time and resources allowing, the Delaware Run on Campus could become not only a healthy stream environment, but also an outdoor area for classes from the sciences to the philosophy to promote projects from species study to sound ecology. Eventually, provided it is the best option, the Run could even be dechannelized and restored to its previous state. (Fall 2013 team Pg. 5)

Continue the work on the area with hopes on actually moving the Run. We would like to see the run moved in such a way that it provides a more approachable nature scape and wet land research area. Due to the projection of the run we would like to see a nice over look platform for student to be able to relax and study next to this wonderful water feature on OWU campus.

This general idea is to provide both a platform and a retaining wall to prevent the run from meandering too much towards OWU campus.  Idea: 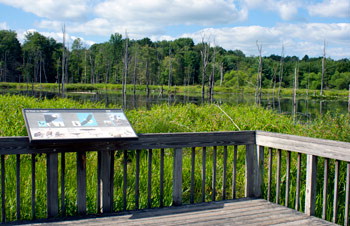 This project started out with a lot of moving parts, and could have easily become overwhelming. However, after a little bit of brainstorming and using the direction set from the previous group, we were able to figure out how we would include our fingerprint for the spring 2014 semester. During the project our group learned the many different parts of ArcGIS, including gathering and organizing the data so that it could be mapped. Our group contributed this semester to the Delaware Run project by mapping out the trees. Then we were able to project a new path where the run could be moved with the least amount of damage to the arboretum trees. We finished up by taking some preliminary soil samples and gathering all the data we received. This will hopefully give the next group a clear idea to what the next actions will be to further this project. This project has been a very good learning experience for our group because it helped us realize to take the project in smaller parts rather than taking on multiple parts at once.  It was very enjoyable to work on this project in a group and push ourselves to exceed our expectation and achieve something we all feel very proud of. 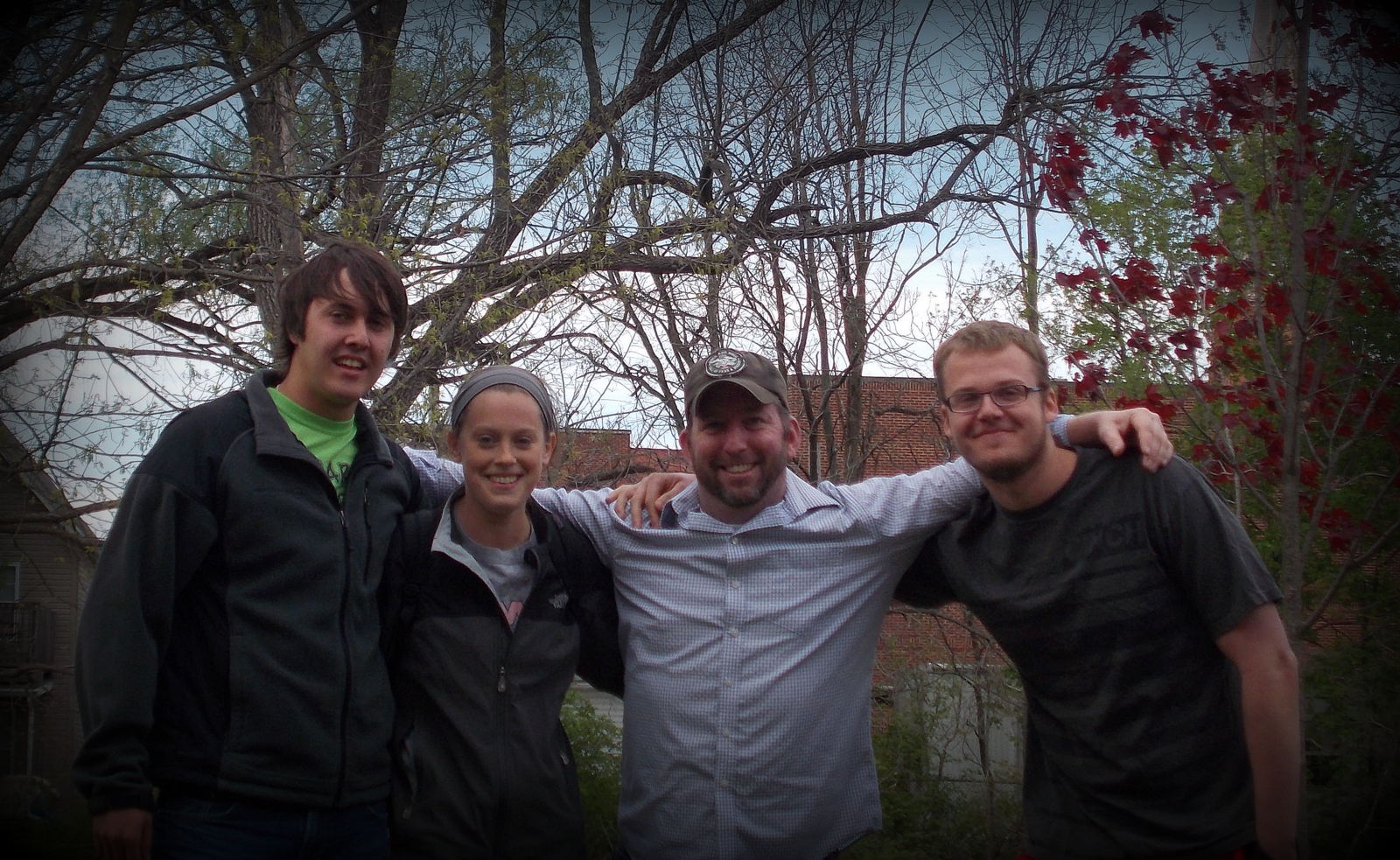