The first time I saw a play, I was seven years old. My nana took me to see my older cousin, Zoe, in her middle school production of “Arsenic and Old Lace,” a play about two elderly women who poison single, lonely, elderly men in mercy killings. Admittedly, this was a bit of a morbid start to my love of theater, but then again, I doubt it’s possible for anyone to find a play with no morbidity at all. 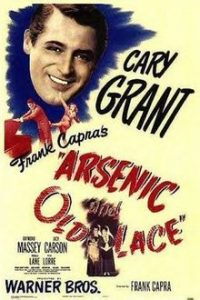 That summer, I attended a summer day camp at the local high school where we spent two weeks rehearsing a play about monsters in a closet. As one of the youngest in the group, I had a small part, but I was just as excited about my five lines as I would have been if I was playing the leading role.

After that, I couldn’t get enough. I returned to that summer day camp each year until middle school, when I started to participate in school plays. By eighth grade, I was set on doing theater for the rest of my life – I had dreams of living in New York with my best friend, a fellow aspiring thespian, and auditioning all around the city until I would catch my big break.

For the first two and a half years of high school, I attended an arts-based magnet school where I took classes in acting, singing, and dancing, and participated in a wide variety of performances. Although I ultimately decided I enjoyed theater as a hobby instead of a career, my time at that school played a significant role in shaping the person I am today.

Theater has been a refuge during some of the most difficult times in my life. I would escape for a few hours into someone else’s world and story, and it helped me put my struggles into perspective. Most plays and musicals feature characters with problems far larger than mine ever could be. Cliché as it may be, it was comforting to think that if the character I was playing could solve their problems, I could, too.

Theater is an incredibly demanding art form, but it gives back as much as it takes. To be a good actor, you have to be willing to be vulnerable in front of an entire auditorium of people you’ve never met before, or worse, people you have met before. You have to be open to accessing parts of yourself and emotions you might not be completely comfortable with.

In return, though, you get to know the characters you play on a much deeper level than if you’d only read them on the page – and, in doing that, you get to know yourself better. Friendship-wise, I’ve found that the connections I’ve made through theater have been some of the strongest. Spending a minimum of ten hours a week with the same people, doing exhausting physical and emotional labor, will help you get to know someone.

Throughout my time in theater I have played the vengeful ghost of a jilted bride, a dwarf from “The Hobbit,” a long-suffering father figure, an unhappily married sales manager and once, an actual dragon. Every role I play stays with me in some way. I look forward to getting involved in theater here at OWU, and to all the parts I will take with me in the future.

Sierra Mainard ’21 is a History and Medieval Studies double major from Manchester, Connecticut. She enjoys cats and spends most of her time working as a tour guide, reading books and consuming all of the media about the Middle Ages she can find (even when it’s hilariously inaccurate).