What is Soul Food

The movie Soul Food was about a black family in Chicago, that eats a family dinner every sunday night. The dinners would always take place at Big Mamas house, and the house has been a part of the family for a long time. The food they eat is all southern black culture soul food. Then Big Mama ends up getting sick and is hospitalized, and while that happens the family begins to have major problems. The family stops coming to the sunday dinners and it gets out of hand. Then the youngest son Ahmad tells different family members to come to big mamas because he said “there is money”. Ahmad just wants the family to be together eating, and the movie really does a great job at saying the importance of family gatherings and eating with others.

In the film food plays an important role due to the family having the tradition of sunday dinners. Food at the dinners was cornbread, fried chicken, mac-n-cheese, Mashed potatoes, and green beans. Food in this movie symbolizes family and the importance of being together. The food prepared also did not look like it was anything really expensive except for the chicken. In the movie, one of the very first scenes it was shown that Big Mama has diabetes and it might have been due to the food she cooks. At the end of the movie when the family is still in an argument, one by one Ahmad greats them at the door and slowly they start to help in the kitchen, and when the food is made everyone begins eating and doesn’t really say a word, but it is powerful enough that they did not leave the dinner. 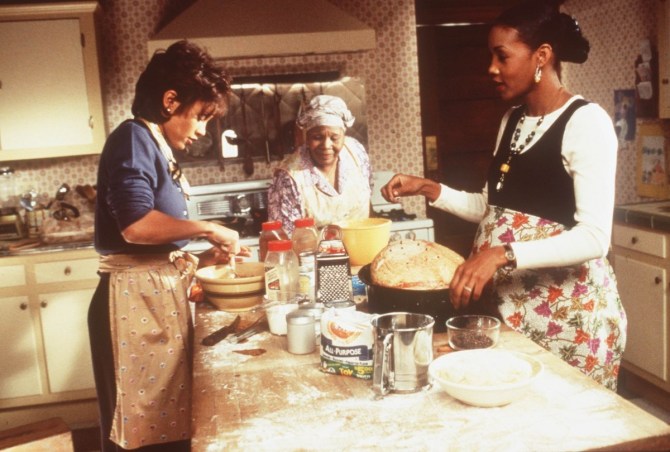 Culinary Tourism is linked to this movie by the different recipes and cooking methods used. It is shown by Big Mama cooking and talking with Ahmad about the fried chicken near the beginning of the movie. There were a few shots of the food panning down the screen, clearly showing the food layout as a thanksgiving serve yourself type of style. As well as the kitchen layout and how they utilized the island counter for cutting and other things as well and not just the counter next to the stove. And recipes seemed to have been passed down from generation to generation as well.

It was very hard for Kenny to get a stable job in the movie, due to having a criminal record and him giving clear evidence race was also a very detrimental factor while trying to live a fruitful life. As far as class goes in the family everyone was low to middle class but not poor. Kenny struggled with finding a job and was doing great work until he was fired for lying about being in jail. He made a great point by saying “they expect you to better yourself after prison, but you can’t if nobody will hire you”. (Soul Food,35:05) Michael and Teri were a couple in the movie and Micheal ended up cheating on Teri with Maxin. Gender roles played a large role in Michael and Teri’s relationship, with Teri making a lot more money than Michael. I believe Teri felt as if Michael was not making money like a real man should, and that led to her thinking less of him and not supporting his dream of chasing his music career.

Food and Identity, and Obesity

The food served in the movie was not the healthiest, but it is what identifies them and their culture. From what I could tell in the movie the other family members did not look or seem to be obese exept Big Mama. But The food she makes could not just be a sunday thing but it might have been an all the time thing for her. With the food she made came obesity and diabetes, and possible due to her not having good dietary balance. During the movie tradition and identity was also shown when Big Mama burnt her hand on the stove. (Soul Food,12:53) Big Mama then said get me some butter, to help her arm and her daughters said no you need ice. Then Big Mama said her diabetes will be cured by her herbs, because she did not want to see a doctor. Big Mama has shown she is holding onto tradition and cultural remedies and does not want to 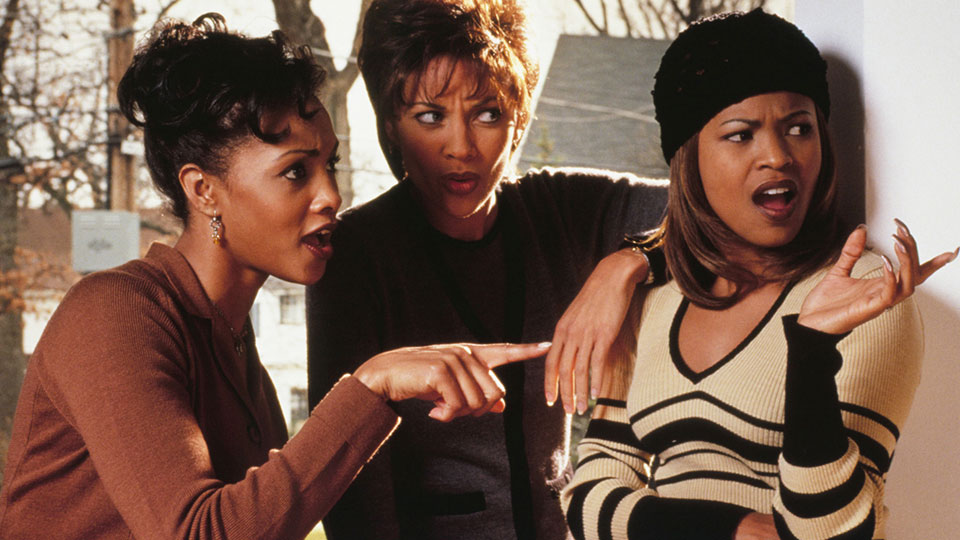 I think the film did a great job at showing and explaining black food culture. In the film Ahmad named off what he wanted for his victory dinner to his mom. He named “Lima beans, neck bones, greens with hot sauce, hot cakes, and fried chicken”. (soul food,1:31) I think the film’s strength also brought out its weakness. The film showed the importance of family and the problems a family and their relationships can have while a family’s balance goes out of whack. But as far as food goes it needed to incorporate it more visually. In the movie Ahmad’s Mom asked uncle pete if he wanted catfish, and it is cool to hear her say catfish but as a viewer I would want to see just a real quick scene of how it’s made and prepared as well as the energy in the room and the excitement. (soul food,1:26:03) I do feel like the film could have been more organized with scenes and possibly set up ideas more clearly. I feel that the film had a lot going on at some times and never really started a true idea of the film and the food references seemed a bit scattered. But overall it was a good film and I would definitely recommend watching it.

3) Alexander, B. (2019, May 11). On ‘Soul Food’ & Centering the Black Matriarch In Cinema. Retrieved from https://stylecaster.com/soul-food-movie-black-matriarch/

4) Alexander, B. (2019, May 11). On ‘Soul Food’ & Centering the Black Matriarch In Cinema. Retrieved from https://stylecaster.com/soul-food-movie-black-matriarch/