The 2014-2015 Bibliography of Faculty Scholarship is now available.

A hearty congratulations from the Libraries to those faculty and staff who published a book, chapter, or article; created a music score or sound recording; exhibited artwork; or produced significant scholarship or creative work in 2014-2015!

The OWU Libraries are happy to announce new senior borrowing rules for OWU & CONSORT books. OWU Seniors may now check out OWU and CONSORT books for the entire academic year. Books will be due back on May 9, 2016 unless a recall has been placed on the book. For a more detailed list of our borrowing rules, please visit our Borrow, Renew, Request page. 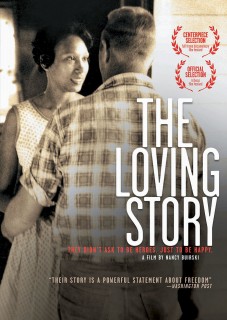 Ohio Wesleyan University Libraries will host a screening of the film The Loving Story followed by a discussion on Thursday, September 24, 2015.  The film will begin at 5:00 p.m. in the Bayley Room in Beeghly Library.  The discussion, led by Associate Professor Ashley Biser and Associate Chaplain Chad Johns, will begin at 7:00 p.m. The program is free and open to the public.

Mildred and Richard Loving knew it was technically illegal for them to live as a married couple in Virginia because she was of African American and Native American descent and he was white. But they never expected to be woken up in their bedroom and arrested one night in 1958. The documentary brings to life the Lovings’ marriage and the legal battle that followed through little-known filmed interviews and photographs shot for Life magazine.

Chad Johns, D.Min., joined the OWU Chaplain’s Office in 2005. His academic interests include narrative identity, Trinitarian theology, and the intersections of theology with both science and sexuality. At OWU, he serves as director of the spring break mission week program, works closely with the campus gay, lesbian, bisexual, and transgender community, and has taught courses on the theological exploration of both speculative fiction and leadership and power.

Created Equal: America’s Civil Rights Struggle is a special initiative of the National Endowment for the Humanities, as part of its Bridging Cultures initiative, in partnership with the Gilder Lehrman Institute of American History. The film and discussion series aims to encourage communities across the country to revisit the history of civil rights in the U.S. and to reflect on the ideals of freedom and equality that have helped bridge deep racial and cultural divides in American life:

Deeply grounded in humanities scholarship, the documentary films in the Created Equal series tell a remarkable story about the importance of race in the making of American democracy; about the power of individuals to effect change; and about the historical contexts in which Americans have understood and struggled with ideas of freedom, equality and citizenship. The films address events from the 1800s through 1965 in the United States. Each of the films was produced with NEH support and each highlights individuals who challenged the racial, social and legal status quo of deeply rooted institutions, from slavery to segregation.

Contact Dee Peterson, Coordinator of User Services, at 740-368-3240 or dmpeters@owu.edu with questions about local events.

Juan Armando Rojas, Ph.D., was recently awarded one of the Libraries’ Ohio Five Digital Scholarship grants, made possible through the Andrew W. Mellon Foundation. The goal of Rojas’s project—Digital Map of the Poetics of Hispanic American Literature: An Interactive and Hermeneutical Exegesis—is to create the digital cartography of a Hispanic American anthology literary work and urban art, which will form an essential part of the curriculum in two Latin American novel courses: SPAN 360: Twentieth and Twenty-First Century Mexican Literature and Popular Cultures, and SPAN 364: The Latin American Novel Within Its Revolutions, Cultures and Social Changes.

The digital map will be made available on a website where researchers, faculty members, and students from all over the world will be able to access it as a pedagogical and investigative tool. The book that will be the focus of the project is the anthology Sangre mía / Blood of Mine: Poetry of Border Violence, Gender and Identity in Ciudad Juárez that Rojas co-edited with Jennifer Rathbun, Ph.D. from Ashland University. Rojas is collaborating with instructional technologist David Soliday on the grant project and development of the interactive digital map.

Rojas’ project will add to the growing number of digital scholarship grants awarded to OWU faculty:

More information about the Ohio Five Libraries’ Mellon grant can be found on the project site: Digital Scholarship: Projects & Pedagogy.